“Iran Must Develop Ties with Russia, China to Counter US Hardliners” 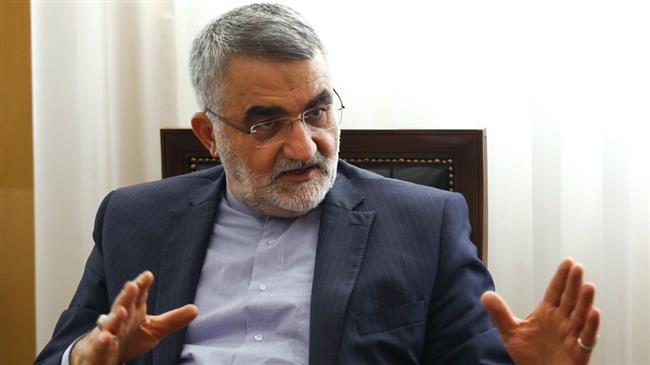 A senior Iranian lawmaker says the Islamic Republic should strengthen relations with Russia and China to counter tougher US policies expected after President Donald Trump's appointment of John Bolton as national security adviser.

“The use of hardline elements against the Islamic Republic of Iran shows that the Americans seek to exert more pressure on Iran,” Chairman of the Iranian Parliament’s Committee on National Security and Foreign Policy Alaeddin Boroujerdi told ISNA on Saturday.

He added that the harsher US stance vis-à-vis the Islamic Republic is mainly aimed at appeasing the Israeli regime and Saudi Arabia to solve Washington’s economic issues, saying, “Therefore, it was predictable that we would witness toughened US policies in this regard.”

The US president announced on Thursday that he is replacing his national security adviser, H.R. McMaster, with John Bolton, the former US ambassador to the UN and a military intervention hawk.

Trump announced the replacement, making Bolton his third national security adviser since coming to office and continuing a shake-up that creates one of the most hawkish national security teams of any White House in recent history.

Bolton, an outspoken advocate of military action who served in the administration of former US president George W. Bush, has called for action against Iran and North Korea.

Elsewhere in his comments, the Iranian lawmaker said Tehran must continue its active presence in the Middle East and turn to Eastern countries to thwart US policies.

“We must strengthen our relations with important countries like China and Russia, which have also been subjected to US sanctions and face serious challenges from that country,” Boroujerdi added.

“China and Russia are two important and influential members of the [UN] Security Council and the expansion of relations will help neutralize and reduce the impact of US pressure,” he said.

He emphasized that Trump was working to reassure the Zionists and Saudi Arabia.

Boroujerdi also said the US president has always sought to destroy the landmark nuclear agreement, officially known as the Joint Comprehensive Plan of Action (JCPOA), Iran signed with the P5+1 group of countries in 2015.

However, he failed to achieve his goal due to the opposition of European countries and former US Secretary of State Rex Tillerson, he added.

Trump is a stern critic of the nuclear deal which lifted nuclear-related sanctions put in place against Iran in exchange for curbs on Tehran’s nuclear program.

He has repeatedly described the JCPOA, which was negotiated under his predecessor, Barack Obama, as “the worst and most one-sided transaction Washington has ever entered into,” a characterization he often used during his presidential campaign, and threatened to tear it up.

The US president delivered a 120-day ultimatum to America’s European allies on January 12 that they must agree to “fix the terrible flaws of the Iran nuclear deal” or he would refuse to extend US sanctions relief on Iran and would pull out of the deal.

On March 13, Trump fired Tillerson after a series of public rifts over issues including Iran, Russia and North Korea, replacing his top diplomat with CIA Director and former congressman Mike Pompeo, who has a tough stance on the Islamic Republic.

Tillerson’s departure had been widely anticipated for months. Tillerson’s exit makes his time in office the shortest of any secretary of state in nearly 120 years.