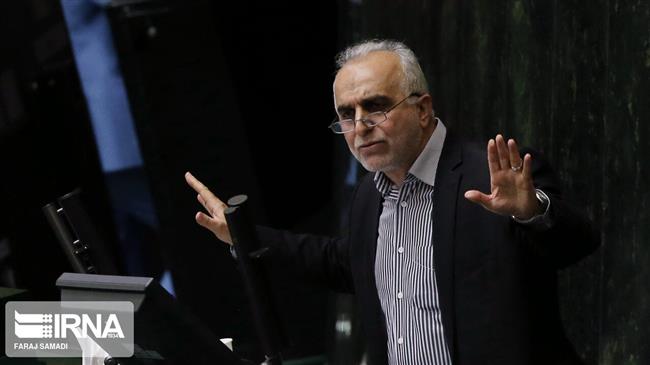 Iran’s Minister of Economic Affairs and Finance Farhad Dejpassand has cancelled a trip to the United States earlier this month to attend a high-profile international meeting after Washington denied visas for members of his visiting delegation.

Iranian state news agency IRNA said on Thursday that Dejpassand had cancelled his planned presence in Washington, DC, on October 14-20, for attending the annual meetings of the World Bank Group (WBG) and the International Monetary Fund (IMF).

It said Dejpassand, holding the post since October last year, had issued a letter to WBG  President David Malpass protesting against the unlawful decision of the US government to deny visas to the second top member of the Iranian delegation as well as members in the team who served as advisors.

He called the decision as “unprecedented and hostile”, telling Malpass that the move was the reason why he had cancelled his visit to the US to attend the WBG/IMF meeting.

The Iranian minister said in the letter that the United States had disrespected the principle of avoiding political approaches in dealing with visiting delegations from countries member to the WBG, saying the move could also tarnish the image of the international organization and its reputation for fair governance.

The announcement comes more than a month after the US government denied visas for certain members of an Iranian political delegation who travelled to the country for a United Nations General Assembly meeting.

The White House had indicated at the time that it could deny visa for Iranian Foreign Minister Mohammad Javad Zarif, prompting President Hassan Rouhani to warn that he would cancel the trip altogether.

International organizations, including the UN, have criticized the US for similar decisions affecting Iranian officials in the past, insisting that Washington is required under the international laws to allow access to foreign officials visiting headquarters of international bodies.