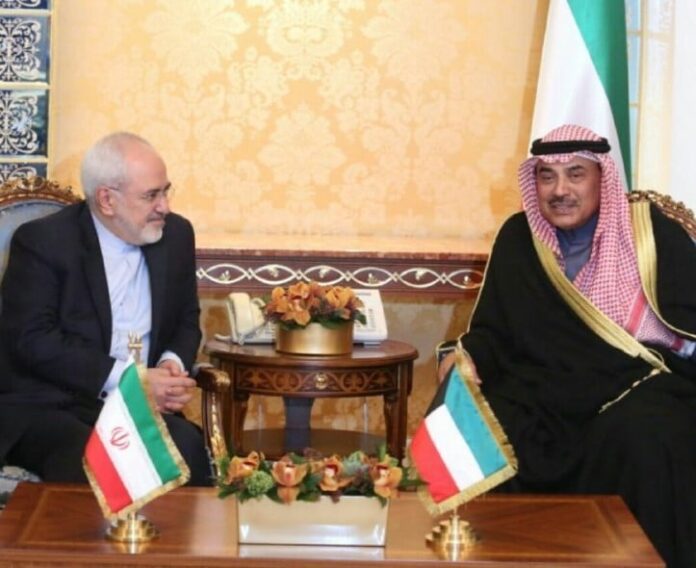 During the meeting the two sides exchanged views on the latest developments in bilateral relations as well as the situation of the region.

The Iranian foreign minister described the International Conference for Reconstruction of Iraq as a significant event and expressed hope regional and global contributions could immediately repair the ruins created by terrorist groups in Iraq.

For his part, Sheikh Sabah Al Khalid Al Sabah thanked the Islamic Republic for its participation in the conference and said the problems among regional states and neighbours should be resolved through dialogue and diplomatic means.

Kuwait is hosting the international conference on reconstruction in parts of Iraq devastated by the war against ISIS.

Tens of donor countries, including Iran, and around 2,000 organizations have attended the conference to announce financial contributions at the three-day meeting.