Iran in the eyes of Arabs, from yesterday to today 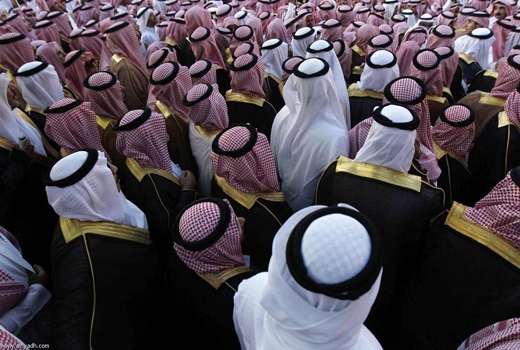 An opinion piece in Ettela’at daily has studied how Iranians and Arabs have got along together in the course of history.

For years Iran has been one of the most influential players in the flashpoint Middle East region. Recently Iran has – at least from the perspective of regional countries or world powers – turned into a stable country which holds more sway than others in the volatile region, and there is no doubt about it. The region has now woken up to yet another reality: deep hostility toward Iran is growing remarkably [in the region].

Ettela’at daily on April 14 published an opinion piece by Mohammad Masjed-Jamei on the historical friendship and friction between Iran and the Arabs. The following is the translation of the piece:

A cursory look at Arab media – print and broadcast alike – will clearly show such hostility. What matters more are the comments posted by ordinary people, written in articles or expressed in broadcast media which are generally negative, containing hostile content and wording.

Certainly, never in modern times has Iran been as powerful and influential as today, and it has never been the target of suspicion and animosity [by other states]. By and large, what is unfolding in the region is not to the benefit of Iran, its allies and the region which badly needs development on different fronts.

Multiple factors – including historical, political, religious, cultural and tribal – contribute to such animosity. One of the key reasons behind the hostility in question is the way the Arabs look at Iran. Inherently, their look which has grown more negative and hostile over time does not have much to do with ground realities. The point here is that their attitude to Iran since the start of the contemporary times has not been based on what is really happening on the ground.

How do they see Iran and how is their attitude affected by other elements? The factors involved will be briefly explained below. The point is that without developing a proper, conscientious understanding, efforts to ease the mounting hostility and pessimism and set the stage for healthier and more respectful relations will achieve nothing.

1. Iran and the Arabs have experienced the recent history in two different ways, although they have some common points. The experience of Arab nations – when it comes to the modern civilization – is not the same. Countries such as Egypt, Syria and Lebanon have gotten familiar with this civilization from the final years of the 18th century, and Persian Gulf sheikhdoms, Bahrain excluded, have been catapulted from the depth of history into modern times after World War II, particularly in the 1960s. But their experience, especially as far as their identities are concerned, has been inter-affected on different grounds.

Despite different backgrounds, the two different experiences have helped Iran and the Arabs exhibit distinctive characteristics. This is the reason behind the lack of mutual understanding, something which has in recent decades shifted toward divergence. Those – on either side – who call for unity wrongly think that religious beliefs are enough to create convergence. If their appeal [for unity] lacks mutual and keen understanding, it will end up in divergence more than anything else.

The bottom line: we are two different groups with different views on the contemporary world and its realities; on the West, including the US and its characteristics; on regional and international policies and their requirements; on governance and its legitimacy and institutions; on interference in nations’ internal affairs and its examples; on the Islamic history and civilization and the role of Muslim nations in forming such a civilization; and on justice, power and other key concepts. Part of the problem lies with such duality.

We [Iranians] evaluate them [the Arabs] based on our own principles and concepts, and are assessed by them according to their own line of thinking.

2. The Arab and Iranian identities – which have been shaped in modern times – fall into two categories even if we take into account the Islamic identity of the two, because the role Islam has played in the formation of these two identities is different. In one place Islam is viewed as a great heritage which is completely Arabic, and in other place, it is seen as an ideology; in Iran, Islam plays a key role in shaping the national identity and it is part of history, and in the Arab world everything starts with Islam.

Make no mistake, this view’s verity or lack thereof is not the question here. These two different views exist not only among these two groups, but in the ranks of other Muslim and even non-Muslim nations. In addition, the Arab identity applies to all Arabs, even to Christians [living there], whether they have played a part in the formation of the Islamic civilization – such as Egyptians and Syrians – or not – like Qataris and the Emirati people.

The identity carries weight since it is the basis of defining the self, determines the expectations and explains the quality of [our] treatment of others. Given this definition, the Arab homeland spans a vast geographical expanse which – as they put it – does not tolerate any move seen by the Arabs as interference in their internal affairs, especially if Iran is involved in it. After all, it is confrontation with Iran which unifies them, regardless of their affiliation.

3. The way the Arabs view Iran, whether positive or negative, has a historical basis. To them, contemporary Iran is the continuation of Iran under the Achaemenid, Sassanid and Safavid dynasties. A hadith from the Prophet Muhammad which says, “Men from the land of Persia will attain scientific knowledge even if it is as far as the Pleiades” has always stayed in the mind of the elite, and this is an undeniable fact.

This collective memory of nations throughout history can quickly grow in a positive or negative light. In its negative sense which is largely evoked [in the region], Arabs think today’s Iran enjoys and seeks the very features and ambitions of the ancient empires. That’s why they cynically regard anything [Iran does] as being expansionist. They are afraid of Iran’s measures and resort to scare tactics [scaremongering]. This way they prove their good intentions when it comes to serving the Arab ideals.

So any move on Iran’s part, which could be interpreted as an attempt to revive the past empires, will provoke a harsh response.

4. Another question which is more about Iranians, not Arabs, is comprehension of foreign policy issues in an excessively politicized way. The public opinion and mass media in Iran depict any move by regional nations as attempts by foreigners, especially Western countries, to meddle in the country. Many regional problems have regional reasons, but these problems are misused by the Western side because they are externalized by regional players. Our reaction to such problems, which stem from our beliefs, triggers a feedback which is out of touch with realities, and this makes the situation more complicated and unmanageable.

5. Most probably, the conspiracy theory is more popular with the Arabs who see anything Iran does as part of a plot the Westerners have hatched against them in cooperation with the Iranians. When talks between Iran and P5+1 were ongoing in Lausanne, Arab media released articles which highlighted that US Secretary of State John Kerry showed more tendency toward Iranians during the talks, citing his daughter’s engagement to a young Iranian physician, claiming this [engagement] has been used to take revenge on the Arabs.

6. A more important factor is the use of concepts and terms by a large number of Arabs when referring to Iran and Iranians. A wave of religious, cultural and political rivalries – especially from the 1960s on – has given rise to racist terms demonstrating vengeful hatred in a bid to satisfy suppressed desires.

Terms such as Ghadesieh [a reference to the Arab conquest of Persia] which was frequently used by Saddam Hossein and is still employed in the media and political literature, Ajam [non-Arab or Persians] and Fors-e Majus [a pejorative term for non-Muslim Iranians] are just a few examples. When it comes to the Iranians however, they have never addressed the Arabs with derogatory terms such as “the ignored, barbaric idolaters”.

It is true that the Iranians were followers of the Zoroastrian faith prior to the advent of the Islamic era, but the faith they practiced was far more virtuous than the systemic idolatry in the Arab world. Back then Iran led a big, honorable civilization which was totally dissimilar to the prevailing ignorance – referred to as a period of paganism in the holy Koran – on the Arabian Peninsula where people would bury their daughters alive and were not civilized.

Unfortunately these terms are usually used by those involved in politics and media work and especially by the clerics or religious figures who have Salafi or [Muslim] Brotherhood-style tendencies. In today’s world, such foul-mouthedness is not used against any nation; religious officials do not describe their opponents this way, even in the toughest conditions, to arouse public sentiments against them. The way they [Arabs] address or talk about Iran is indecent and shameful, and actionable for inciting tribal cynicism and hatred.

Currently, the majority of religious figures across the world call on people to renounce anti-ethnic and anti-tribal views, whereas the Arabs are the ones who promote such viewpoints. Is it something other than social, cultural and intellectual backwardness?

All in all, the elements which shape such a viewpoint are complex, especially at a time when wealthy sheikhdoms on the Persian Gulf have created a giant media network which plays the biggest role in molding the public opinion in the Arab world. What should be done in defiance of the vast propaganda machine is an isolated case which should be dealt with in other articles.