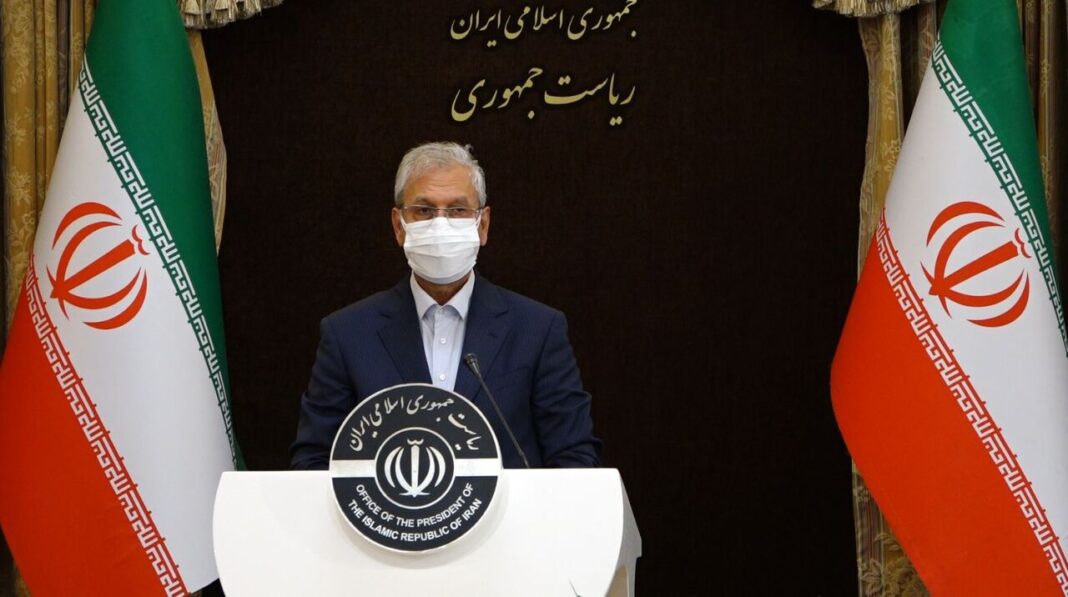 Iran’s government spokesman has expressed hope that the administration of the new US president will adopt decisions which would serve the interests of both Iran and America and the whole world.

Speaking in his weekly press briefing, Ali Rabiei highlighted that Tehran will press ahead with its efforts to boost domestic potential no matter what decisions Washington will make.

“Regardless of the decisions which the new US government will make, and which we hope will be in the interests of the international community as well as both nations, we will continue our programs to enhance our capabilities,” he noted.

“During the economic war, we learned how to cement the pillars of domestic economy and prop up people’s livelihoods harmed by this major war,” he said.

The spokesman said Iran will wait and see what approach the White House will adopt, and will act accordingly.

“Based on what scenarios are adopted [by the US], the required decisions will be made in due time based on the circumstances,” he said.

The spokesman then touched upon US President-elect Joe Biden’s election pledge that he wants to restore the United States’ credibility in the world.

“Biden also believes that America’s credibility has been severely undermined,” he said.

The spokesman said Iranian people’s share of global economy is more than what it is now, adding Iran will seize every opportunity and even confront the US to secure its share.

He also expressed hope US leaders will correct their approach.

“I hope the United States’ new leaders have learned lessons from the experience of the past four years,” he said.

“Gone are days of bullying and unilateralism, and global issues need further enhancement of international cooperation and respect for international law and nations’ rights,” he added.

“They must have realized that the language of force and pressure doesn’t work with regards to Iran, and they saw that Iran did not give in; rather, it stood more firmly to defend its dignity, independence and rights,” he said.

The spokesman urged Washington to put right its mistakes.

“Our expectations are completely clear. We hope the next US administration will stop continuing its past mistakes and try to compensate for them,” he said.

“Reentering the JCPOA and unconditionally living up to all its commitments under the deal is the first step toward correcting these policies,” the spokesman added.

“We hope the future US government will realize that the policy of pressuring Iran is a failed one, and that the toughest sanctions ever imposed on a country in history not only failed to force us into submission, but made our nation stronger in its insistence on the principles of its independence and national dignity,” Rabiei noted.

“The costs imposed on the Iranian nation should be compensated, and Iranian people are entitled to enjoy the best life in the best conditions, and we are committed to making that happen and will try to achieve that goal,” the spokesman said.

Rabiei highlighted that it is only the language of peace, respect and dignity that works in dealing with Iran and all independent nations across the world.
“We will closely watch the deeds and words of the future US government,” he added.

“We know that Mr. Biden has promised to return to multilateral agreements, the rule of law and multilateralism. The world is waiting to see how the US government will end a major instance of law-breaking whose price the Iranian nation paid with its possessions and lives at a time of the coronavirus pandemic,” he said.

“We hope, this time, the US government will seize this historic opportunity to change its path toward a better future and to reflect the real views of peace-loving American people,” said the spokesman.

He then criticized the US for preventing South Korea, Japan and the Swiss government from sending medicines and basic goods to Iran via the Swiss channel.