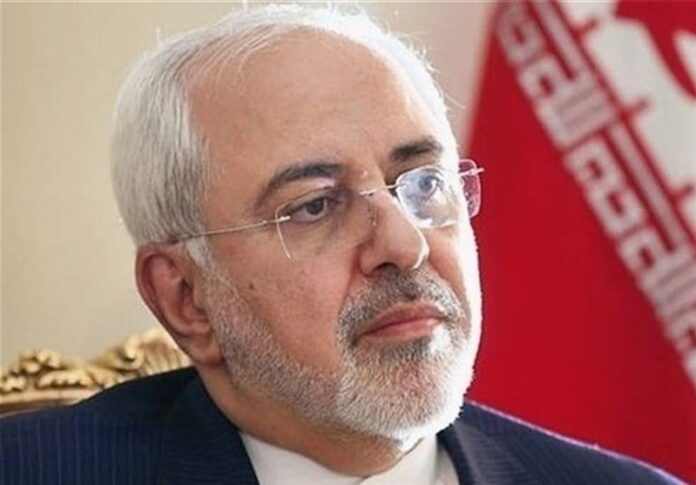 Iranian Foreign Minister Mohammad Javad Zarif said complying with the 2015 nuclear deal between Tehran and world powers “in deeds and not just words is not Iran’s only option”.

“If preserving JCPOA is the goal, then there is no escape from mustering the courage to comply with commitment to normalize Iran’s economic relations instead of making extraneous demands. Being the party to still honor the deal in deeds & not just words is not Iran’s only option,” Zarif said in a message posted on his Twitter account on Thursday. 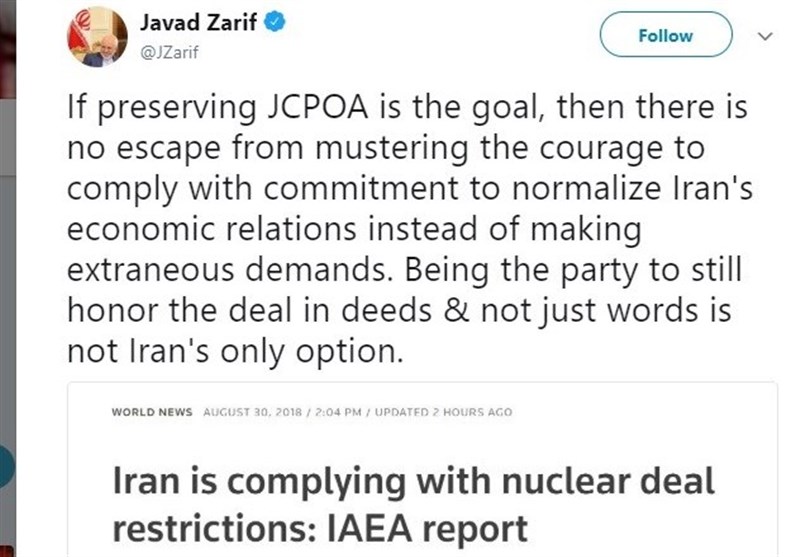 His tweet came after the United Nations’ atomic watchdog said in a report that Iran continued to comply with the nuclear deal.

In the report, the Vienna-based International Atomic Energy Agency (IAEA) said it had been given access to all sites in Iran that it needed to visit and that inspectors confirmed Iran has kept within limits of heavy water and low-enriched uranium stockpiles.

“Timely and proactive cooperation by Iran in providing such access facilitates implementation of the additional protocol and enhances confidence,” the report stated, referring to the protocol detailing safeguards and tools for verification.