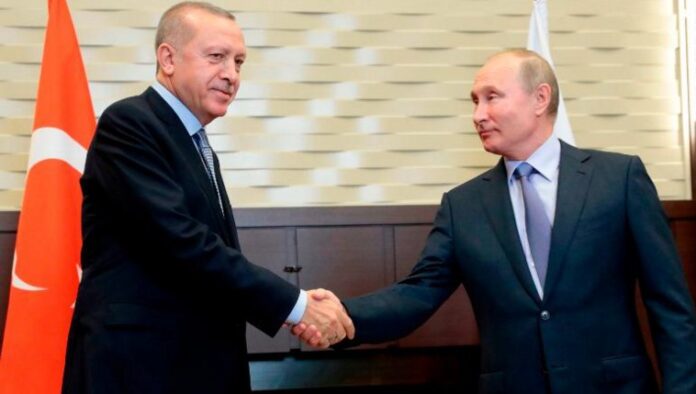 Iran’s Foreign Ministry Spokesman Seyyed Abbas Mousavi has hailed a Memorandum of Understanding between Russia, and Turkey on ending the conflicts in northern Syria.

“Iran welcomes any move that would result in the maintenance of Syria’s territorial integrity, reinforcement of its national sovereignty, and return of stability and calm to the region,” Mousavi said in a Wednesday statement.

“To this end, the Islamic Republic considers the agreement reached between the Russian Federation and the Republic of Turkey to end the conflicts in northern Syria as a positive step to return stability and calm to the region,” he added.

“We hope the conclusion of this agreement would prepare the grounds for allaying Turkey’s security concerns on the one hand and maintaining Syria’s territorial integrity and reinforcing its national sovereignty on the other hand,” he added.

“The Islamic Republic of Iran has always supported dialogue and peaceful means of dispute settlement, and therefore has always encouraged the parties involved to negotiate and reach an understanding,” the spokesman said.

“To this end, Iran considers the Adana Agreement as a proper basis for allaying the concerns of Turkey and Syria, and will not spare any effort to help create dialogue and understanding between Ankara and Damascus,” he added.

Mousavi said the presence of foreign forces in northern Syria does not ensure security in the region, adding that the solution to regional problems is inside the region.

“The withdrawal of American troops from the region will result in the return of calm and security,” he noted.

“Fortunately, the effects of the Astana Process mechanism on ensuring peace and security in the region will become more tangible in the near future with the formation of the country’s Constitutional Committee, and we are confident it will be regarded as a major step to return permanent calm and stability to Syria,” the spokesman noted.

The two leaders unveiled a 10-point memorandum of understanding with an unstated bottom line: The Americans do not have a place in shaping the future of Syria.