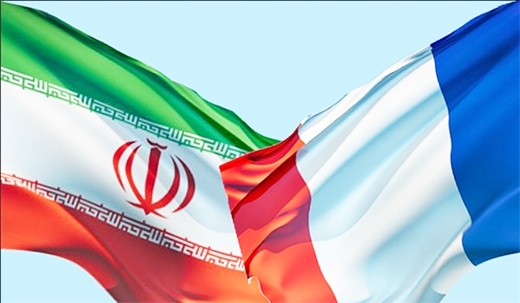 Speaking to reporters in Tehran on Tuesday, on the sideline of a forum to discuss cooperation opportunities with visiting French aviation officials, Abedzadeh said Iran has to modernize its airports and training programs, and for this it has sought assistance from France as aviation standards and training courses are the same all over the world.

According to the deputy transport minister, Iran has also agreed to cooperate with the French aviation industries to modernize and upgrade its airport and aviation services.

Meantime, Head of Iran’s Civil Aviation Organization Ali Abedzadeh said the agreement between Iran and Airbus on purchasing 118 planes from the French manufacturer will take some time to materialize.

Abedzadeh made the remarks after a meeting with visiting French Transport Minister Alain Vidalies in Tehran on Monday.

“It is still too early to talk about any specific time and place. This is a time-consuming process. However, a number of Chinese and European firms have said they are willing to finance the deal,” he added.

French transport minister Vidalies, however, said earlier in the day that the two sides will finalize the agreement within a week.

Vidalies made the announcement in Tehran on Monday after Air France resumed flights to Tehran Sunday night as part of larger French and European efforts to rebuild trade ties long frozen by sanctions.

The direct flight from Paris to Tehran was the first since 2008. Minister Vidalies and a business leaders’ delegation were on board flight AF 378 that took off from Roissy Charles de Gaulle airport.

Vidalies said banking issues still remain, yet both the Iranian and French sides are determined to push through the purchase deals and after-sales services.

According to the official, Iran and France will also cooperate in the aviation industry, training courses, infrastructure projects, flying schools, and small businesses.

He said most of the projects will be financed and insured by French companies, adding that 10 percent of the equipment on Airbus are American-made, which requires trade permissions from the US government.

He however once again maintained that despite taking some time, the Airbus deals could be finalized soon.

In relevant remarks, Minister of Roads and Urban Development Abbas Akhundi said last week that Iran and Airbus will soon finalize an agreement on purchasing 118 planes from the French manufacturer.

Akhundi denied media reports that there will be a major delay in implementing the contract.

The agreement on buying 118 Airbus planes was inked during President Hassan Rouhani’s visit to Paris France on January 2016.