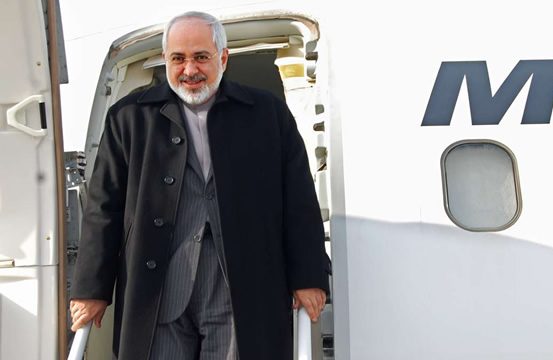 According to Foreign Ministry Spokesman Bahram Qassemi, Zarif will depart for Italy on Thursday to attend the third edition of Mediterranean Dialogues, which is due to be held in Rome.

The Iranian top diplomat, a keynote speaker in the conference, will make the visit at the official invitation of his Italian counterpart Angelino Alfano, he added.

“The conference is based on the four pillars of shared security, shared prosperity, migration, and civil society and culture,” Qassemi added.

Zarif will then leave Rome for Baku, the Azerbaijan Republic, on Friday to take part in the Heart of Asia Conference.

“Mainly focused on the issue of Afghanistan, the Heart of Asia Conference provides a framework for expansion of friendly and fruitful regional cooperation with the purpose of reinforcing regional peace and prosperity,” Qassemi said.

“The framework is created as a path to deal with the challenges and common interests of Afghanistan and its neighbours and regional partners,” Qassemi noted, adding that the Heart of Asia is annually held in one of the participating countries.

“The Heart of Asia Conference includes 14 participating countries, 17 supporting countries, and 12 international and regional supporting organizations,” he said, reiterating that FM Zarif will take part in the conference.