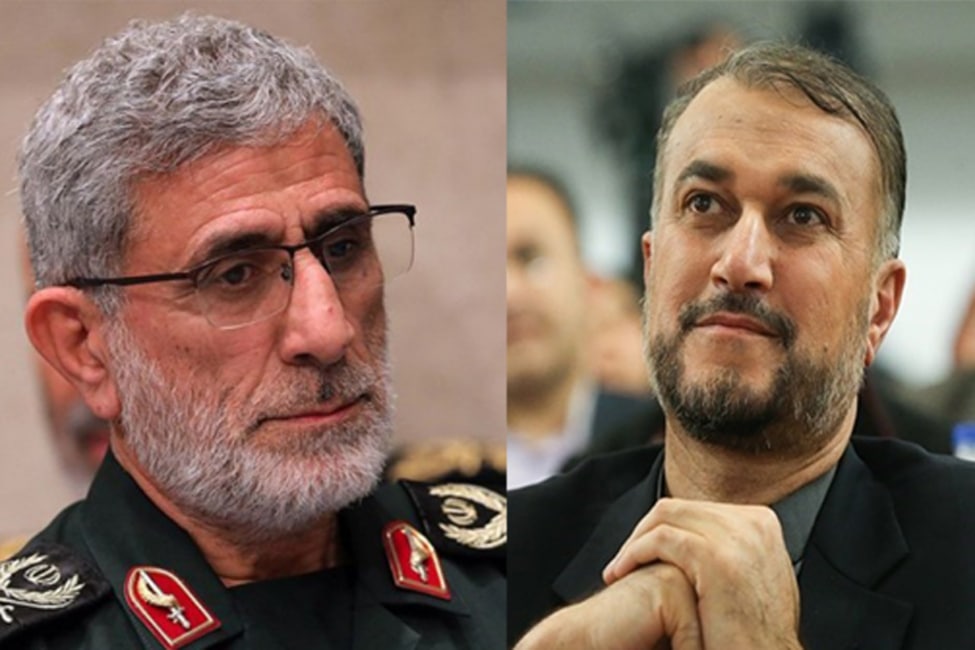 Iran’s Foreign Minister Hossein Amirabdollahian says the Quds Force of the Iranian Islamic Revolution Guards Corps (IRGC) contributes heavily to peace and security in the region and across the world.

“If it weren’t for the special role of this martyr and hero in fighting terrorism and Zionism, our region would be in another state now,” said Amir Abdollahian.

“If the ISIS terrorist group had succeeded in Syria and Iraq, the whole world would be facing terrorism and extremism today,” the foreign minister added.

He described the IRGC’s Quds Force as a “soldier without borders” which plays a pivotal role in ensuring security and peace both in the region and across the world.

“The foreign ministry of the Islamic Republic of Iran will proudly follow in the footsteps of the lord of peace, general Soleimani, when it comes to institutionalizing peace and friendship with regional countries fighting terror,” he added.

General Qaani, in turn, congratulated Amirabdollahian on his appointment as Foreign Minister.