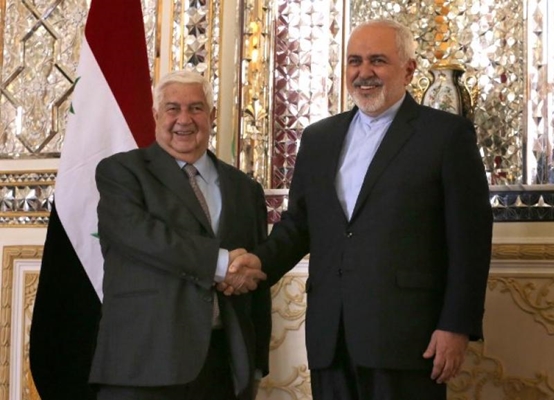 Iranian Foreign Minister Mohammad Javad Zarif, whose resignation was rejected by President Hassan Rouhani early Wednesday, had a phone conversation with his Syrian counterpart Walid al-Muallem later in the day.

During the talks, the two sides conferred on the latest developments in bilateral strategic relations between Tehran and Damascus as well as other issues of mutual interest.

The telephonic conversation came a couple of days after Syria’s President Bashar al-Assad visited Tehran in his first public visit to Iran since the start of Syria’s war in 2011.

During the meetings, the Syrian president appreciated Tehran’s support for Syria during the war on the Arab country.

Zarif’s phone call with his Syrian counterpart came as the Iranian top diplomat had resigned Monday over being excluded from Rouhani’s meeting with Assad, but his resignation was rejected by the President on Wednesday.