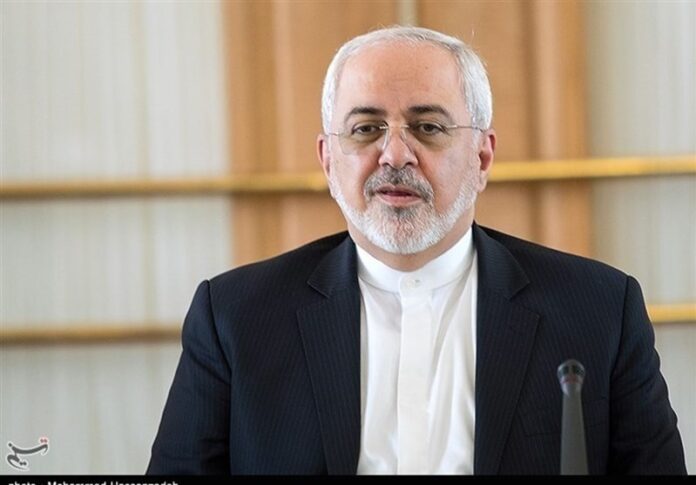 Speaking to the Guardian and the Financial Times, Zarif warned that if Europe followed Washington’s lead, the deal would collapse and Iran would emerge with more advanced nuclear technology than before the agreement was reached in Vienna in July 2015,

However, he insisted that technology would not be used to make weapons, in line with Tehran’s obligations under the Nuclear Non-Proliferation Treaty (NPT).

Zarif said the only way Iran would be persuaded to continue to observe the limits on its civil nuclear program would be if the other signatories – Russia, China, Britain, France, and Germany – all remained committed to its terms and defy any subsequent US sanctions.

“Europe should lead,” Zarif said in an interview in the Iranian UN ambassador’s residence in New York.

The Iranian foreign minister said he expected Trump to carry through his threat not to certify Iranian compliance in a state department report to Congress on October 15. Congress would then have 60 days to re-impose sanctions suspended under the deal.

“I think he has made a policy of being unpredictable, and now he’s turning that into being unreliable as well,” Zarif said. “My assumption and guess is that he will not certify and then will allow Congress to take the decision.”

Trump has said he has already made his decision but has not told anyone outside his immediate circle. He refused to tell Theresa May when she asked him at a bilateral meeting at the UN last week, despite the fact that Britain is a close ally and a fellow signatory to the agreement.

Zarif warned that US abrogation of the deal would backfire on Washington, saying that Iran would resume uranium enrichment and other elements of its nuclear program at a more advanced level than before.

“The deal allowed Iran to continue its research and development. So we have improved our technological base,” he said.

“If we decide to walk away from the deal we would be walking away with better technology. It will always be peaceful because membership of the NPT is not dependent on this deal. But we will not observe the limitations that were agreed on as part of the bargain in this deal.”

He added that “walking away” from the deal was just one option under consideration in Tehran.

However, Zarif pointed out that in a previous era of high tensions between Washington and Tehran – when the US adopted sanctions legislation aimed at punishing European companies for doing business in Iran – Europe had resisted and sought to insulate its firms from US sanctions.

“In the 1990s they didn’t just ignore it,” Zarif said. “Europe, the EU, has legislation on the books that would protect EU businesses and adopt counter-measures against the US if the US went ahead with imposing restrictions. And it has been suggested by many that might be the course of action that Europe wants to take.”

A 1996 regulation adopted by the EU gave Europeans protection against the application of US sanctions at the time, including the Iran and Libya Sanctions Act passed in the same year. The law could be revived and expanded to cover any new US sanctions.

Following a ministerial meeting on the deal at the UN last week, the EU foreign policy chief, Federica Mogherini, stressed that all the signatories, including the US, had agreed that Iran was in compliance with its obligations under the terms of the agreement, and stressed that Europe would do everything possible to keep the deal alive, even in the event of US withdrawal.

In the wake of the Vienna agreement, however, Europe would have to go further than defying US sanctions. It would have to ignore UN measures as well. Under “snap-back” provisions in the agreement, the US alone could trigger the resumption of UN sanctions, as the provisions allow any participant in the deal to call a Security Council vote on a resolution on whether to continue with sanctions relief – a vote the US can veto.

The clause was designed to stop any country from shielding Iran if it broke the agreement. The negotiators did not anticipate it being used by a government to break the deal even while all other parties were in compliance.

The UN nuclear watchdog, the International Atomic Energy Agency (IAEA), has confirmed that Iran is abiding by the terms of the agreement, as have the other signatories to the deal, and the chairman of the US joint chiefs of staff, General Joseph Dunford, who warned that US abrogation would damage its long-term credibility.

Trump and his top officials have claimed that Iran is in violation of a line in the preface of the agreement that says the signatories anticipate the deal would contribute to regional peace and security. In his interview, Zarif rejected that reasoning.

“Even without being fully implemented, it has contributed because the region has one less issue to deal with. So it was already contributing to regional stability,” he said. “If anything, it has been the reaction of US allies in the region – who from the beginning didn’t like the deal and since the deal have done everything to undermine the deal – that have exacerbated tensions in the region.”