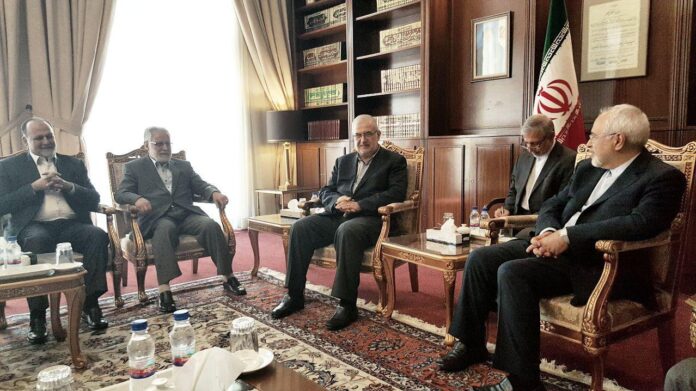 Iranian foreign minister says if Muslim people could maintain their unity, the Zionist regime of Israel would never dare to commit its atrocities against the Palestinian nation.

In a meeting with a group of lawmakers from Lebanon’s Loyalty to the Resistance Bloc in Tehran, Foreign Minister Mohammad Javad Zarif congratulated the lawmakers on the victories of the Resistance Movement and the Lebanese army against the terrorists in Arsal region.

He also said the achievement is the result of the unity of all forces.

“This could be a lesson for everyone, especially in the Muslim world, that they can achieve great success in the light of unity and empathy,” Zarif noted during the Tuesday evening meeting.

Referring to the recent developments in the occupied Palestine and the crimes committed by the Zionists in Jerusalem al-Quds, the Iranian foreign minister stated that if the Muslim world could learn lessons and distance itself from differences and take the path to unity, Zionists would never dare to commit such acts and crimes.

The two sides also discussed relations between Iran and Lebanon as well as the latest developments in Syria, Lebanon, the region and the world.