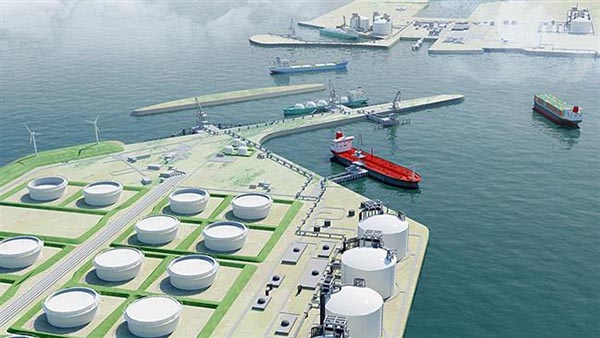 The National Iranian Gas Exports Company (NIGEC) is in talks with foreign firms to sell part of its shares in the country’s “frontrunner” LNG scheme which has lingered for years amid sanctions.

According to General Manager of marketing at NIGEC Mostafa Sharif, the company plans to sell at least 20% of its 49% shares in Iran LNG joint venture project to foreign companies.

Along with Iran Oil Pension Fund which holds the remaining 51%, NIGEC hopes to complete the project in just under three years, making the country’s first LNG exports ready for the market.

Iran LNG is a $3.3 billion project to produce 10.5 million tons of liquefied gas per year. It is 60% complete, according to officials, pending imports of new equipment and structures to bring it online.

With sanctions formally removed on Saturday, many of Iran’s oil and gas development projects are expected to gain pace as foreign companies are offering funds and technology in anticipation of big dividends.

Sharif, quoted by London-based Argus Media, said Iran Oil Pension Fund may also seek to sell some of it 51% stake in Iran LNG. Discussions with foreign oil companies could be concluded this year, he added.

The three projects had been awarded to Royal Dutch Shell, Spain’s Repsol and France’s Total to produce 40 million metric tons of LNG a year for exports but the three companies abandoned them in 2011 when Iran came under sanctions.

Foreign companies are also weighing $800 million-$1 billion of investment in floating production of LNG from associated gas at offshore fields in the Persian Gulf, a senior energy official has said.

Last November, Minister of Petroleum Bijan Zangeneh said Iran and Belgium were in talks for possible FLNG production off the Kharg Island.

Linde Chief Executive Wolfgang Buchele visited Tehran in September, announcing the company’s readiness to resume its “legitimate presence in Iran” as “one of the biggest players in the global market” in the LNG industry.

“We are definitely seeking to cooperate with Iranian companies on transfer of technology” to carry out petrochemical and other projects, he said then.

Zangeneh has said the lifting of sanctions would enable Iran to fulfill its 20-year vision plan, including its target to produce $70 billion of petrochemicals a year at current prices.

With more than 34 trillion cubic meters under its belt, Iran owns the world’s largest natural gas reserves but its share of the global trade in gas is less than one percent. Officials hope to attract $40 billion in the gas industry now that sanctions are lifted.