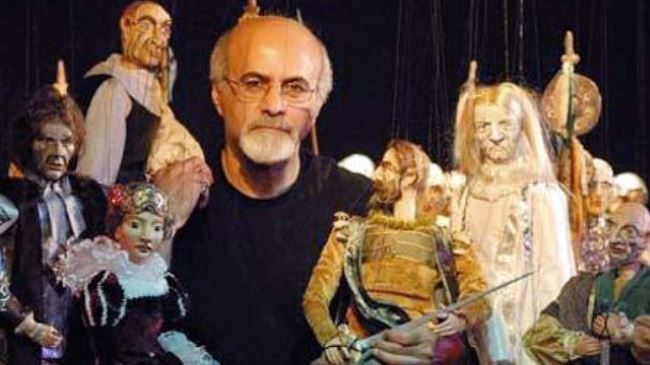 Behrouz Gharibpour plans to take a new puppet opera show about the life story of Persian poet Sa’adi to the stage for the 2015 Fajr Theater Festival.

Iranian theater director Behrouz Gharibpour is planning to stage his new puppet opera show, which is inspired by the life of the classical Persian poet Sa’adi.

The show will feature 100 puppets, numerous voice actors, and at least 20 distinct roles with the musical theme.

Gharibpour and his team are currently preparing the appropriate music and designing the puppets.

The music has been designed to introduce different countries such as Egypt, India, and China, where the poet had traveled to.

Sa’adi is remembered as a great panegyrist and lyricist, the author of a number of masterly odes portraying human experience, and particular odes collected in Ghazaliyat (Sonnets) and Qasa’id (Odes).

Gharibpour had earlier performed an opera inspired by the life of Persian lyric poet Hafez Shirazi.

Behrouz Gharibpour is considered one of the pioneers of traditional Persian puppet theater, known for his extensive research on Qajar puppetry.

Macbeth, Mowlavi and Ashura as well as Rostam and Sohrab are among his better-known works.

Sa’adi opera is scheduled for release in January and the team is working hard to present the play for the 2015 Fajr Theater Festival.