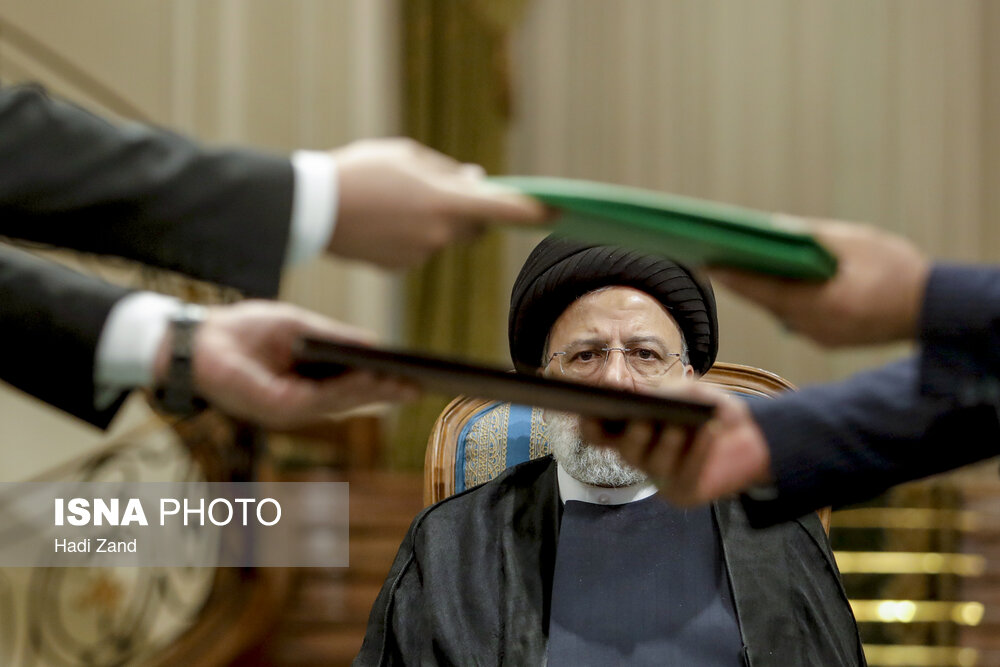 An Iranian daily has criticized the President Ebrahim Raisi administration for boasting of a policy of economic engagement with regional countries, which “accounts for merely six percent of the world economy.”

Sharq referred to a headline on an unspecified government newspaper that read “90-billion-dollar trade by bypassing sanctions,” and the remarks by the head of the Iran Trade Promotion Organization who said, “Out of the 100 billion dollars’ worth of foreign trade last year, 90 percent was conducted outside of the banking system.”

The critical article said those things were nothing to be proud of and were rather signs that a “massive volume of resources” had been wasted in the midst and had not been spent on the development and welfare of the country.

“Just like our gas and electricity and water, at least one-third of which is wasted and completely squandered while on the supply lines and due to the exhaustion of the lines,” it read.

It said the notion that trade with regional countries could bring Iran economic growth and development was “but a pipedream.”

“As the head of the Research Center at Iran’s Chamber says, the share of all of the regional countries in the global economy is almost six percent, and 94 percent of the world economy is proceeding outside of this region,” it said.

Since taking office in 2020, the Raisi administration has been practicing a policy of engagement with Iran’s neighbors.

While campaigning for office, Raisi criticized his predecessor President Hassan Rouhani’s policy of engagement with Europe and the West.