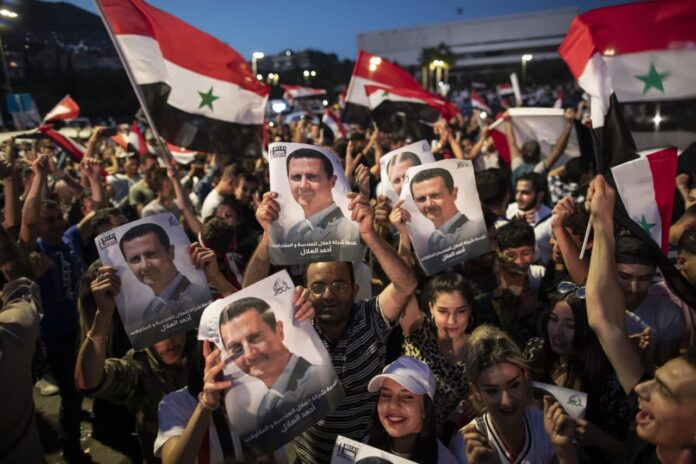 The Ministry of Foreign Affairs of the Islamic Republic of Iran has, in a statement, congratulated the Syrian nation and government on the successful elections held in the country and the victory of Bashar al-Assad.

“The successful holding of elections and the massive turnout of Syrian people is an important step towards the establishment of peace, stability, calm, reconstruction, and prosperity of Syria,” the Friday statement said.

The statement added, “The Islamic Republic of Iran respects the Syrian people’s decision, and supports their right to decide their fate and the future of their country without any foreign interference.”

“Iran congratulates President Assad and the resilient people of Syria on his decisive victory in these elections,” it further said.

At least 8 million, mostly displaced, live in those areas in northwest and northeast Syria.

Over 5 million refugees — mostly living in neighbouring countries — have largely refrained from casting their ballots.