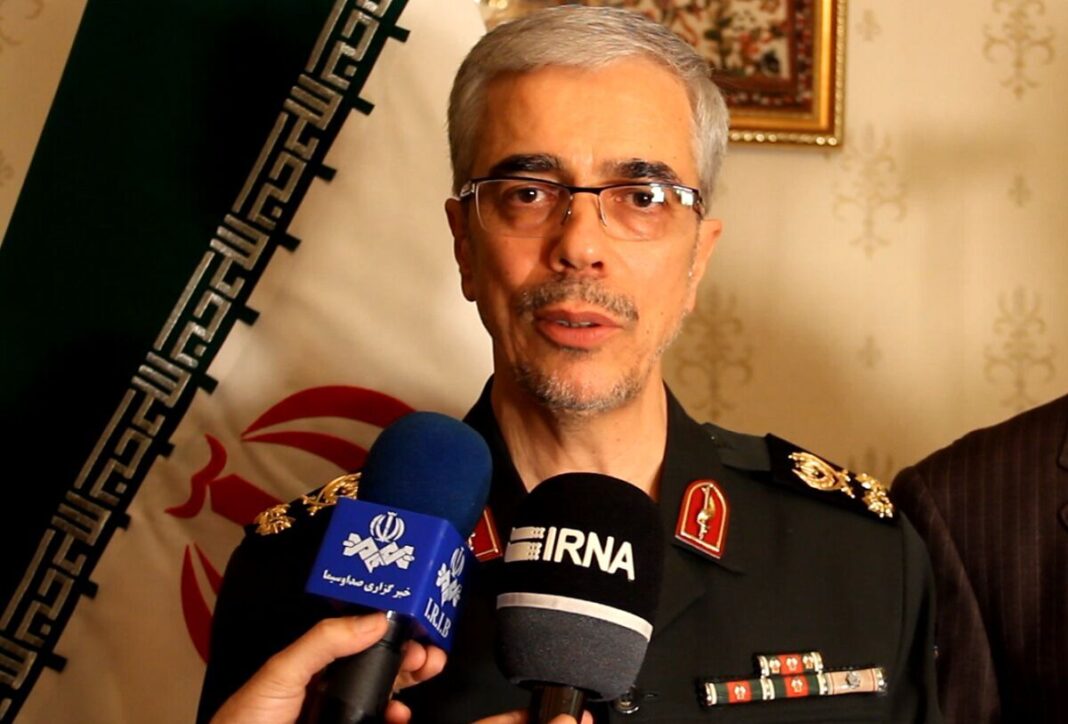 Major General Mohammad Baqeri, the Chief of Staff of the Iranian Armed Forces, says Iran and China will witness “profound development” in their military relations.

General Baqeri, who is in China on a three-day visit, told reporters that Tehran and Beijing will form a joint technical and industrial commission, which is to hold its meeting in the Chinese capital in the near future.

Education and training, further exchange of professors and university students, and the participation of a Chinese fleet in the joint trilateral naval drills by Iran, China and Russia in the Sea of Oman will be discussed in the meeting of the commission, he added.

According to Baqeri, Iran will shared with Chinese university students the valuable experiences that its military forces have had in naval battles in defending the country in the Persian Gulf and the Sea of Oman or in the fight against terrorists in Syria and Iraq.

He also pointed to his visit to China’s National Defence University in Beijing, and said that the strategies and stances of the Islamic Republic of Iran on security of different regions and strategic defence topics were elaborated for students of the university and it was agreed that the two sides cooperate on sharing experiences and exchanging university students and professors.

During the three-day trip to China, General Baqeri also visited a naval base and headquarters of maintaining the security of the South Sea.

“The goal of the visit is to develop military cooperation, and peace and stability in the region,” he added.