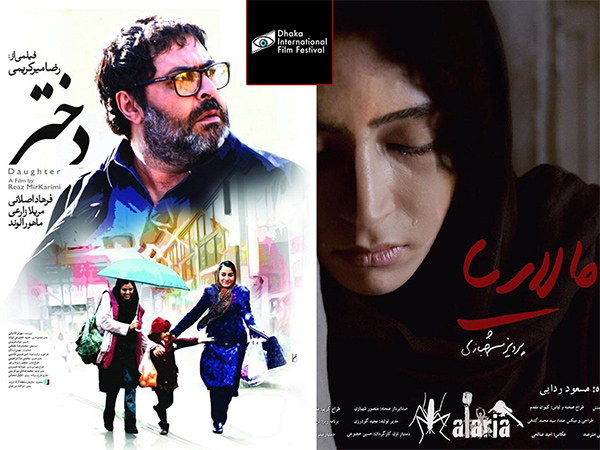 The 15th Dhaka International Film Festival (DIFF) which was held from January 12-20 in Bangladesh screened dozens of Iranian movies.

In “Asian Film Competition” section, such films as “Malaria” directed by Parviz Shahbazi, “Abad Va Yek Rooz [Life and a Day]” directed by Saeed Roustaei, “Daughter” by Mirkarimi, and “Paris, Tehran” directed by Kaveh Oveisi were the representatives of Iran.

The Retrospective section of this festival was allocated to “Close-Up”, “Taste of Cherry”, “The Wind Will Carry Us” and “Certified Copy” directed by late Abbas Kiarostami.

Three Iranians were in the international jury of the festival in two sections. Iranian-Armenian actor and director Levon Haftvan, and Amir Esfandiari, an official at the Farabi Cinema Foundation (FCF) were in the jury of Asian Film Competition section.

In Women Filmmakers section, famous Iranian actress Mahtab Keramati was on the jury.

The 2017 edition of this festival was host to a total of 166 movies from 67 countries in different sections. The DIFF is one of the most prestigious film events in Bangladesh and to a great extent has helped shape an increasingly healthy and positive national film culture.