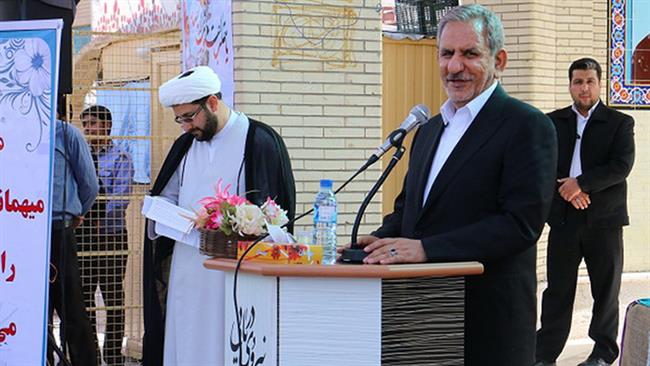 Iran says its oil exports have already reached around 2.2 million barrels per day (bpd) in what could highlight a major progress in the country’s post-sanctions oil industry performance.

Iran’s First Vice President Es’haq Jahangiri said the figure marked a rise of 900,000 bpd in the country’s oil production that had been materialized within only two months after the lifting of the sanctions.

“Until this past [Persian calendar month of] Bahman (21 January-February 2015), Iran was able to sell 1.3 million bpd,” Jahangiri told reporters. “But within two months after the removal of the sanctions, we have been able to export 2.2 million bpd of crude oil.”

Last Saturday, figures provided by Bloomberg showed that Iran’s oil production had climbed to 3.37 million bpd in January, the highest level since February 2014.