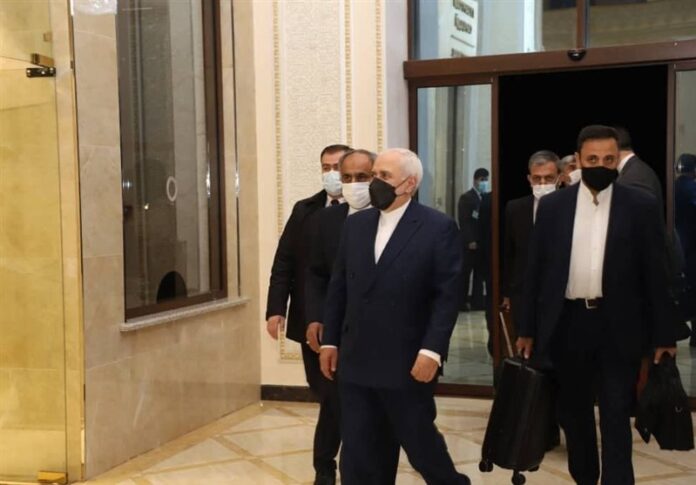 Mohammad Javad Zarif made the comment upon arrival in the Tajik capital of Dushanbe where he is to participate in a ministerial meeting of the Heart of Asia – Istanbul Process initiative and also hold talks with senior Tajik authorities.

“I’m very pleased to have found an opportunity to travel to Tajikistan, which is a friendly and neighbouring country where people speak the same language and have the same religion as Iranians, in order to attend the Heart of Asia conference, have a bilateral trip and also sit down for talks with officials from Tajikistan and other countries, so that we can work together on Afghanistan, which is also a neighbouring country where people have the same religion and language as we do, so that we can help our brothers and sisters in Afghanistan establish lasting peace and end fighting in their country,” said Zarif.

The top diplomat said he was scheduled to meet ranking Tajik officials.

“Iran and Tajikistan enjoy age-old relations. I hope this trip will play a key role in boosting and expanding mutual cooperation on all fronts,” he added.

In addition to attending and delivering a speech at the conference and holding talks with Tajik officials, Zarif will also meet his opposite numbers from Tajikistan, Afghanistan, Pakistan, India and Azerbaijan.