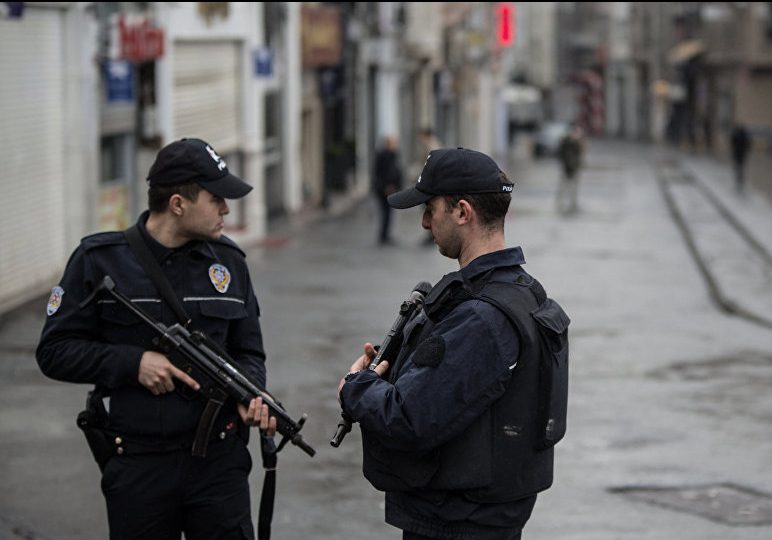 Security measures in Turkey have been heightened in the wake of Turkish Parliament’s plan to ratify the Constitutional reforms that enhance the authority of President Recep Tayyip Erdogan.

According to Turkish media reports, the Governorship of Ankara, Turkey’s capital city, has banned all demonstrations, protests and other similar activities in public places in Ankara for 30 days due to information related to terrorism.

“According to the information our Governorship has received, we have found that illegal terrorist organizations were in search of terrorist actions and made preparations for that purpose. It is estimated that they want to take action especially in meetings, demonstrations and similar activities held in open and close places where people gather in masses.”

The governorship has announced that all demonstrations, presentations, plays and other shows, press statements and opening stands were banned in all public spaces in Ankara for 30 days in accordance with Article 11 of the State of Emergency Law No. 2935.

The measures are increases as the Turkish parliament voted on Tuesday to press on with debate about a constitutional reform package that would expand the powers of President Tayyip Erdogan, taking another step on the path towards an executive presidency.

Erdogan and his supporters argue that Turkey needs the strong leadership of an executive presidency to prevent a return to the fragile coalition governments of the past, but opponents fear the reform will fuel authoritarianism.

The initial vote, an early indicator of support for the bill, was passed with 338 votes, indicating that some deputies from the ruling AK Party and the nationalist opposition MHP, which backs the reform, had not voted in favour.

The bill needs the support of at least 330 deputies in the 550-seat assembly to go to a referendum, expected in the spring. The AKP has 316 deputies eligible to vote and the MHP 39.

Under the reform, Erdogan will be able to appoint and dismiss government ministers, take back the leadership of the ruling party, and govern until 2029, Reuters reported.

Debate on the individual articles is set to begin on Tuesday and the AKP plans to complete debate of the package by Jan. 24.