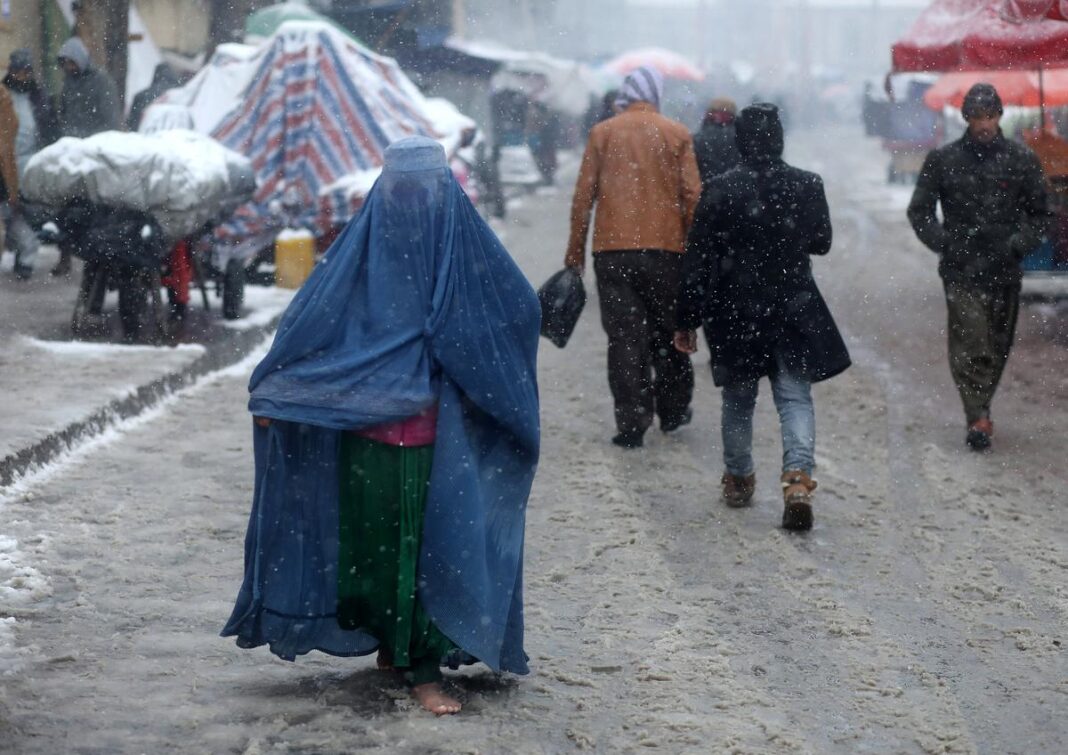 Eloi Fillion, head of the International Committee of the Red Cross (ICRC) delegation in Afghanistan, has expressed grave concern over the unfolding situation in the war-ravaged country as winter chill sets in.

“Heavy snow in Kabul today. Temperature might drop to -9 this week,” Fillion tweeted, stating that he was hearing “stories of people burning furniture, shoes or tyres to keep warm”.

“Due to economic collapse, thousands of Afghans are left with nothing to cope with increasing challenges,” he hastened to add.

The United Nations estimates that nearly 23 million Afghans – about 55 percent of the population – face extreme levels of hunger, with nearly nine million at risk of famine as winter sets in.

In winter, most of the provinces in Afghanistan become harshly cold, with temperatures dropping below freezing levels.

This year, as the South Asian country grapples with its worst humanitarian crisis, fueled by freezing of assets by the US and its international allies, millions face difficult living conditions.

UN agencies had earlier warned that millions of Afghans could run out of food before the onset of harsh winter and around one million children were at the risk of starvation and death.

Taliban, which came to power after a sweeping takeover in August, has been trying to rebuild the country’s battered economy, but the US sanctions have severely impeded the efforts.

Almost five months after the US-led coalition hastily abandoned the country, millions of Afghans are on the brink of starvation, with no food and no money.

Parallels are already being drawn between Afghanistan and Yemen, the two strategically located, mineral-rich countries plundered and destroyed by foreign aggressors.

Soon after the Taliban laid siege to Kabul mid-August, US and its international partners raced to cut off Afghanistan’s access to international aid and froze roughly $10 billion in assets belonging to the country’s central bank.

The move triggered the rapid collapse of public finances and precipitated the current crisis. European Union also then followed the suit, stopping development assistance to the country, followed by the International Monetary Fund and World Bank.

A looming humanitarian catastrophe, economic crisis, and unemployment are the main challenges people in Afghanistan are facing today.

“After the political change, all aid agencies cut off their aid to Afghanistan, there were a lot of problems in the country,” Ahmad Wali Haqmal, spokesperson for Taliban’s Finance Ministry, was quoted as saying.

Taliban’s acting Minister of Economy, Din Mohammad Hanif, said earlier this week that the activity of the Asian Development Bank–which was providing salaries for a number of employees–have been halted and most of the half-finished projects from the previous government were suspended.