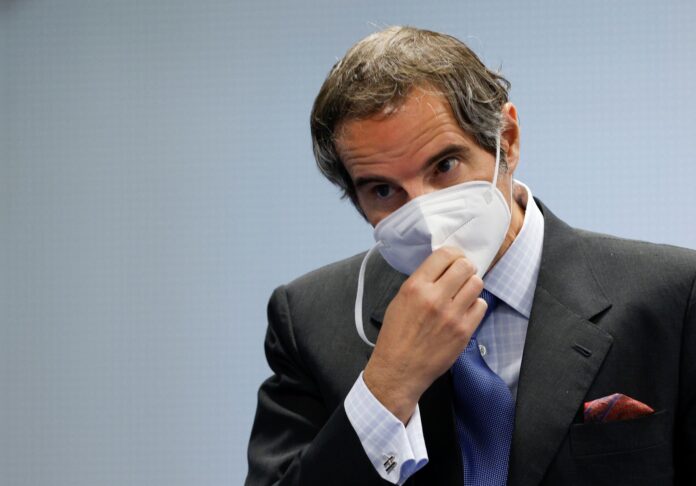 Grossi said in an interview he urgently needed to meet Tehran’s foreign minister to discuss proposals to reinvigorate the fragile surveillance programme.

“I haven’t been able to talk to [Iran’s new] foreign minister,” Grossi told the Financial Times during a visit to Washington.

“I need to have this contact at the political level. This is indispensable. Without it, we cannot understand each other,” he added.

The head of the UN’s atomic watchdog has warned that stop-gap measures to monitor Iran’s nuclear activities are no longer “intact” amid concerns that talks to resurrect a global agreement to curb Tehran’s atomic work have stalled.

The continued surveillance of Tehran’s nuclear activity through cameras and other devices has sustained hope that a global deal to curb Tehran’s nuclear activity and lift sanctions can be resurrected. In 2018, Donald Trump withdrew from the 2015 multi-party nuclear pact with Iran and imposed hefty new sanctions. Tehran has since rejected key monitoring efforts while increasing the volume and purity of its fissile material. The country has always denied it is trying to build a nuclear weapon.

Joe Biden’s administration is seeking to re-enter the deal but six rounds of indirect talks have stalled since the election of President Ebrahim Raisi in June.

Grossi noted Iran was “within a few months” of having enough material for a nuclear weapon, although he said he did not think it was pursuing one.

“It is becoming shorter and shorter,” Grossi added, saying he needed working cameras reinstalled at Tesa Karaj — a manufacturing complex west of Tehran that fabricates parts for centrifuges — “yesterday”.

Grossi negotiated a last-minute compromise in February to keep cameras recording — temporarily forgoing examination of footage — at key sites in Iran after Tehran’s parliament voted to end snap inspections by the IAEA. But late last month Grossi reported Iran had broken an agreement by refusing to grant surveillance access to Tesa Karaj, a “very important” facility that produces parts for centrifuges and whose data Grossi stated were essential to “reconstruct” the record of Iran’s nuclear activities.

Iran has defended its decision not to allow cameras to be installed. It announced Israel sabotaged its facilities in Tesa Karaj in a June attack it said had “severely damaged” the site, including cameras. Iran wants the international community and the IAEA to condemn the attack.

Grossi stated, “There is this issue with Karaj, and I’m working on it . . . Our stop-gap has been seriously affected so it’s not intact. But it’s not valueless either.”

Western officials hope negotiations will pick up next month, ahead of the next quarterly meeting of the IAEA board of governors, where any prospect of western powers pushing to censure Iran formally would embarrass Tehran.

Ali Vaez, Iran director at the International Crisis Group, said Iran wanted to avoid such a resolution but it did not want to yield unilaterally to inspections pressure while it was under such harsh sanctions.

Grossi spoke to the FT after meeting US Secretary of State Antony Blinken earlier on Monday.

“We both want this to work and at the moment it’s not sure, it’s not certain that it will work,” he said of his talks with America’s top diplomat.

Grossi added Tehran had told him he could meet the foreign minister “but they are taking their time”.

The US Department of State announced on Monday it wanted talks to resume in Vienna “as soon as possible” but that Biden had “made clear that if diplomacy fails we are prepared to turn to other options” he had yet to spell out. Israel is pushing for an aggressive “Plan B”.

Raisi said on state TV on Monday night that his government was “serious” about chasing nuclear negotiations.

“[Talks] . . . must bear results for the Islamic republic. The readiness of the other parties for lifting of sanctions can be regarded as a sign of their seriousness,” he added.