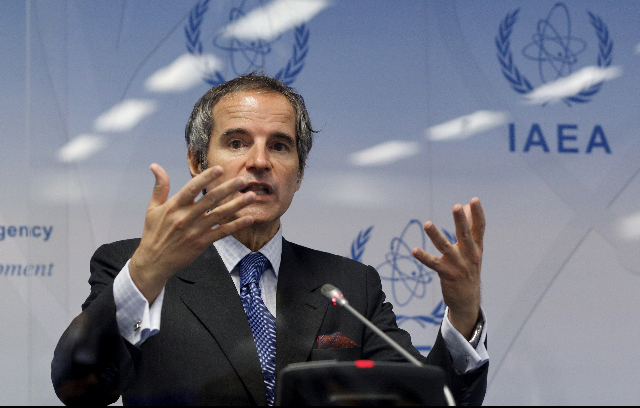 Head of the International Atomic Energy Agency (IAEA) Rafael Grossi warned that the security pact between Australia, the United Kingdom, and the United States is “very tricky” so long as nuclear inspection is concerned. He was referring to the fact that Australia does not have nuclear weapons but is getting a nuclear submarine.

The head of the United Nations atomic agency has said the AUKUS deal in which Australia will obtain nuclear submarine technology from the United States is a “very tricky” issue in terms of inspections but in can be managed.

The submarine deal is part of a three-way defence agreement announced by Washington, London and Canberra last month which infuriated France because Australia said it would cancel an existing order for French diesel-powered submarines.

It would also be the first time that a party to the nuclear Non-Proliferation Treaty obtains nuclear submarines, apart from the five nuclear weapons states recognised by the NPT – the United States, Russia, China, France and Britain. India, which has not signed the NPT, also has nuclear submarines.

“It is a technically very tricky question and it will be the first time that a country that does not have nuclear weapons has a nuclear sub,” Grossi, whose agency polices the NPT, told the BBC’s HardTalk programme in comments broadcast on Tuesday.

Grossi confirmed that an NPT signatory can exclude nuclear material from IAEA supervision, also known as safeguards, while that material is fuelling a submarine. It is a rare exception to the IAEA’s constant supervision of all nuclear material to ensure it is not used to make atom bombs.

“In other words, a country … is taking material away from the inspectors for some time, and we are talking about highly, very highly enriched uranium,” he added.

“What this means is that we, with Australia, with the United States and with the United Kingdom, we have to enter into a very complex, technical negotiation to see to it that as a result of this there is no weakening of the nuclear non-proliferation regime,” he stated.

He did not indicate how long those negotiations would last.