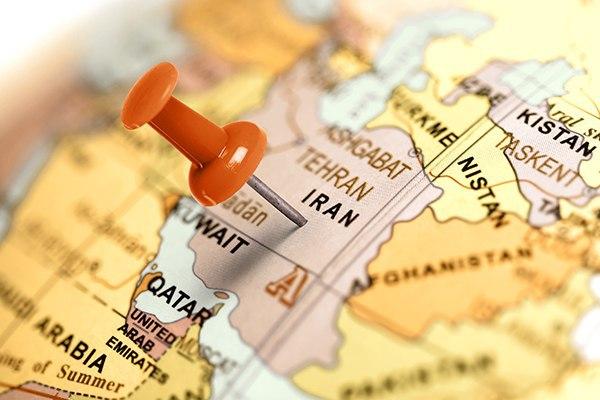 Over the past 40 years, American imperialism has made life incredibly rough for those in the Middle East. If the United States hasn’t been bombing countries, it’s been threatening them with bombardment. Iran has been a frequent target.

For more than a generation, sanctions applied against Iran (to say nothing of the threats of all-out war) have disproportionately hurt ordinary people.

In the 2010s, relations appeared to be turning a corner. Under the Obama administration, a historic deal was struck. Iran would begin to scale back its nuclear program, and in return, America would lift sanctions that would allow Iran to trade most goods and capital freely.

Sadly, that progress was demolished in a few short years. In the same way a bully destroys a sandcastle, Donald Trump scrapped the Iran Nuclear Deal in 2018. In February 2020, he went further, successfully arguing for Iran’s placement on the FATF blacklist (Financial Action Task Force).

These restrictions included an embargo on the transfer of funds to/from Iran. Because of this development, Iranians abroad now have assets trapped in their home country. In today’s blog, we’ll explore the pain this has caused, and whether things will change in the foreseeable future.

2016 marked a sea change in American politics. Contrary to the expectations of pundits, voters opted to elect Donald Trump, a billionaire best known for being the host of NBC’s The Apprentice.

He pulled off this colossal upset by playing to a wave of populist anger in the electorate. After campaigning to the left of Secretary Clinton, he morphed into a typical establishment Republican once in office.

From the Iranian point-of-view, this was a disastrous development. Rather than pull back from foreign aggression as promised, Trump instead adopted an extremely hawkish stance.

After ramping up involvement in Syria, he turned his attention to Iran. With neocon advisors like John Bolton in his ear, he tore up the Iran Nuclear Deal. Then, in November 2018, the Republican-controlled Congress applied fresh sanctions that, among other things, restricted US dollar transactions.

In September 2019, the American government accused Iran of involvement in a terrorist attack on Saudi oil facilities, which Tehran denied. This event gave the Americans further reason to escalate sanctions. These restrictions further tied the hands of Iran’s central bank.

However, the worst measures taken against Iran occurred just recently. In the early days of January 2020, American officials claimed that General Qassem Soleimani, leader of the IRGC Quds Force, was actively planning terrorist attacks against US positions in Iraq.

They used this rationale to justify assassinating him while he was on a peace mission in Iraq. This act triggered a retaliatory strike by Iran on an American military base.

Following these developments and after Iran’s failure to adopt the FATF standards, the OECD placed the Islamic Republic on the FATF blacklist in late February. This designation makes it next-to-impossible for banks and regulated companies to move cash in or out of Iran. Businesses and expats have been unable to send/receive funds even through regulated money transmitters.

Because of this, a volatile economic/geopolitical situation has been made much worse.

Iranian Expats Have Lost Contact with Much of Their Life Savings

This act has vastly increased pressure on the Iranian government. As usual, though, ordinary people have suffered the most. With no legal way for capital to flow in/out of the country, Iran has plunged into a deep recession.

People are out of work or have had their wages/hours cut. The economy contracted 4.8% in 2018, and by a brutal 9.5% in 2019. Unemployment has soared to almost 16.8%. The Iranian Rial has devalued by more than half, leading to out-of-control inflation. Business owners are finding it exceedingly difficult to import goods and pay vendors outside their beleaguered nation. Worst of all, Iran’s weakened position has left it ill-equipped to deal with an outbreak of coronavirus.

However, the pain isn’t limited to those inside Iran. After the signing of the Iran Nuclear Deal, America lifted many sanctions. Foreign direct investment flooded in, which caused GDP growth to soar to 12.3% YoY in 2016.

Many investors were Iranians who had left home for greener pastures. Once Trump dropped the hammer on Iran in 2018 and 2019, many had access to their capital cut off. While exact figures are hard to come by, pre-sanction foreign direct investment in Iran totalled 2.3 billion USD in 2017.

Given that figure, it’s not unreasonable to conclude that at least HUNDREDS of MILLIONS of dollars are stranded inside Iran. So, the question then becomes: When will US-led sanctions be lifted?

If current headlines are any guide – not anytime soon. Even as the coronavirus pandemic rips through Iran, America has refused to lift drug import sanctions. At the same time, American officials have criticized the EU for not walking in lockstep with them.

Republicans in the Executive Branch and Congress are pushing Iran to abandon their nuclear program completely. As long as Iran continues to develop atomic technology (even for peaceful purposes), sanctions will remain in place.

At present, NO discussions on this matter are taking place. Should the Democrats take the White House later this year, their administration might be open to dialogue. However, if Trump gets re-elected, that possibility will shrink to near-zero.

Iran could end up being the epicenter of COVID-19, the notorious pandemic which is hitting globally nowadays. A big part of it is due to sanctions, which president Trump has already mentioned will not be lifted under any circumstances, even on a temporary basis.

The impact of these sanctions makes sense from a geopolitical point of view. As tax revenue nosedives and the population gets restive, the pressure to conform to American demands escalates.

In the end, though, everyday Iranians are the biggest losers. They are the ones getting thrown out of work and paying 3-4x more for groceries. Outside the country, expat Iranians can no longer access a large portion of their net worth. Possibly worse than everything, there could be more dead in Iran in light of American sanctions.

Until reasonable leadership returns to Washington DC, little hope exists that these parties will come together to resolve this situation.