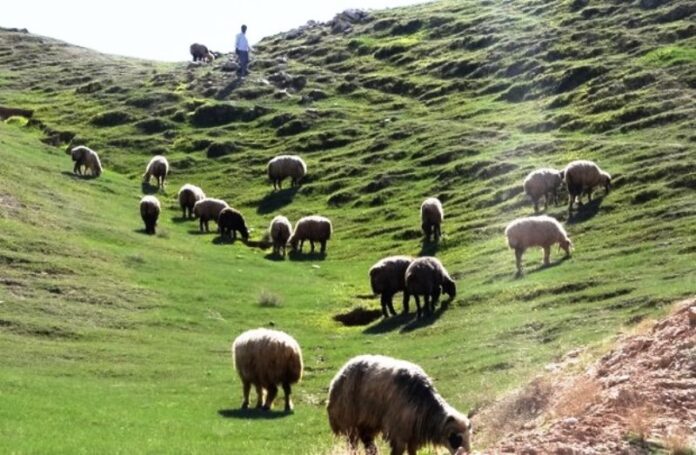 Human civilization is set to date back 10,000 years ago when tribes of early humans settled in the Middle East. While some of these tribes domesticated certain plants and created cereal crops that we still grow today, some other tribes focused more on animals.

In the Zagros Mountains of Iran and the heights of Iraq, and Turkey, humans bread goats, sheep, and cows, which were taken from wild animals and tamed to ensure a steady supply of milk and meat.

Little did those early humans know about the fact that they were not only domesticating animals and plants, but also bacteria and microbes. Recently scientists found out that the microorganisms that decompose lactose found in milk and that help create dairy products such as yogurt or cheese actually originate from a faithful encounter between a pail of milk and a fruit fly, around 5,500 years ago.

With the help of this accident, ancient people managed to domesticate yeast, and they went on to produce cheese and yogurt, much like people do today. Domesticating and breeding are parts of an evolution process controlled by humans. Breeding only the desired aspects, humans produce offsprings with certain properties for their own use.

This is a form of survival of the fittest, but in a way that helps humans. That is how wolves also became friends with humans – they had more to win by playing nice with humans than attacking them.

When talking about microbes, however, early farmers accidentally domesticated them when they tried to preserve some food by fermenting it. As fermentation relies on microbes including yeast and bacteria, humans only kept the food that was actually eatable, and as a result, a certain breed of yeast was kept – the Baker’s yeast.

Intrigued by what could make things like cheese, yogurt, beer, wine, and other products as they are, humans have always tried to look in more detail at what food contains, and how specific foods like Brie cheese can form. As India Today tells the story, it was only in 1676 when a Dutch scientist finally managed to discover the fact that there are some really small organisms living in our world, and he named them animalcules.

The name suggested that these were animals but at the scale of molecules. Of course, he wouldn’t have been able to discover bacteria without the help of some microscopes. Fortunately, he was an avid fan of building microscopes and he created one every time he discovered a new species.

Nowadays we think we know everything about bacteria, but it was only recently, in 2016, when we found out that they see the world around them much more as humans do, in a remarkably similar way.

Our obsession to keep things clean

Before microorganisms were discovered, people believed that illnesses and diseases were just things transmitted by “bad winds”. Only after finding that there can be small organisms living all around us, humanity understood that these organisms can also bring disease. This is how our obsession with keeping everything clean started.

This is a good practice, especially in a world where new strains of viruses appear every day. Fortunately, science evolves faster than microorganisms, and in a recent article in The Daily Mail a new surface that cleans itself and keeps microorganisms away appears to have already been created in Canada.

If you can’t wait for this surface to be popularized and you want to see how clean your household is, you could get yourself a personal microscope, perfect for identifying bacterias.