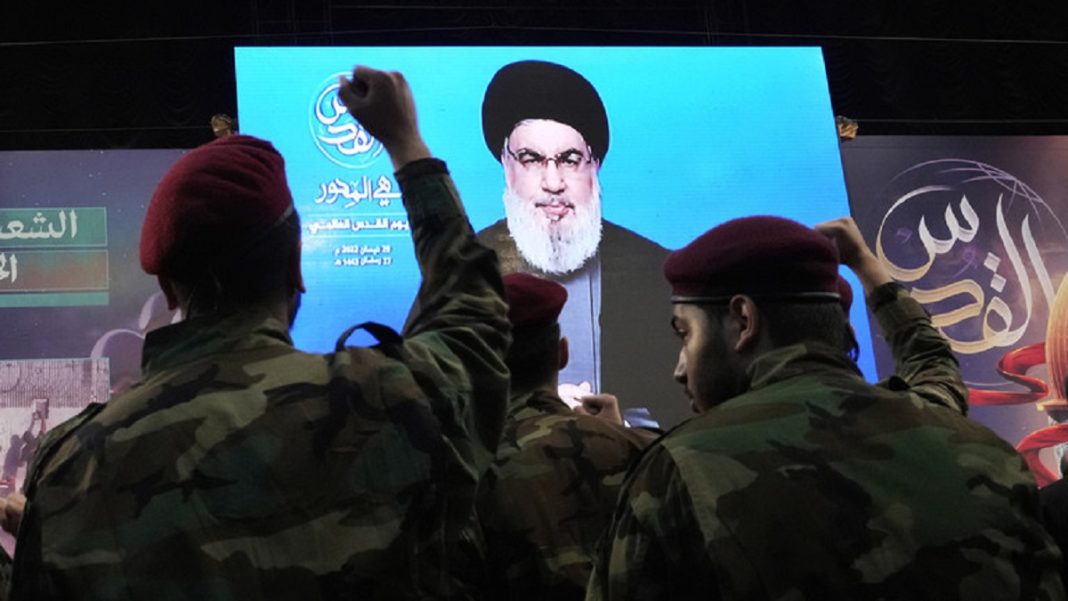 Secretary General of Lebanon’s Hezbollah Sayyed Hassan Nasrallah has said the United States is pursuing the policy of maximum pressure and sanctions against its opponents in the Middle East region.

“The United States is pursuing the policy of maximum pressure and economic sanctions against the countries and nations that are part of the Axis of Resistance, like the Islamic Republic of Iran, Syria and Yemen. These nations’ financial problems are due to the fact that they do not want to surrender to Washington’s diktats,” Nasrallah addressed a ceremony in the Lebanese capital city of Beirut on Thursday evening.

He added, “It is regrettable that some people in Lebanon deny the existence of an economic siege. They believe that the blockade of Lebanon would happen only if a battleship is moored off the coast of the country. This is while the policies and actions of US administrations vis-à-vis our country are a testimony to such a fact.”

Nasrallah noted that Washington has been behind the decades-long economic woes in Lebanon, adding that the US obstructs financial aids to the country in one way or another, and does not allow any state to offer assistance to Beirut to help it meet its basic needs.

“No one would argue that Lebanon is facing an unprecedented economic crisis. Our country is no exception because many countries in the world are now on the brink of collapse. Despite some evil attempts to spread hopelessness, we must not allow the existing financial problems to drive us to despair,” the Hezbollah chief pointed out.

He stressed, “It is utterly unacceptable to remain in a state of confusion, as was the case in the past. A competent authority should somewhere take the initiative to develop a vision aimed at addressing the current economic turmoil. Accordingly, detailed plans and programs can be drawn up to resolve the issue.”

“Corruption is a long-standing problem in Lebanon. We would not have encountered the status quo if all factions had done their share, came up with novel ideas and shouldered their own administrative responsibilities,” Nasrallah continued.

The Hezbollah leader went on to refer to lack of production, racketeering, absence of sustainable development, political brinkmanship and rivalry among political groups as some of the main reasons behind Lebanon’s financial crisis.

“We must build an economy that would ensure food security, and would not depend on foreign aid and assistance,” he highlighted.

Elsewhere in his remarks, Nasrallah said, “It is a mistaken belief that the region is heading towards making peace with Israel and embracing the regime. Such a wrong notion has driven us to the current situation.”

“Whoever wants to formulate [Lebanon’s] new economic policies should abandon the false illusion that regional states are about to make peace with Israel and that the so-called two-state solution is within reach, especially as a corrupt and terrorist Israeli administration is now in place,” he added.

In case of a peace with Israel, “there would definitely be more tensions in the region. There would neither be any settlements nor any scenes of peace. Crises would be rampant across the region,” Nasrallah warned.

Elsewhere in his remarks, Nasrallah called for the election of “a brave [Lebanese] president who is willing to sacrifice.”

“We want the election of a president, the formation of a government and the salvation of the country,” the Hezbollah leader underscored.

“We want a brave president who is willing to sacrifice and does not care about the threats of the Americans. There are such examples and we must look for a government of this type and ministers of this type,” the Hezbollah chief underlined.

The remarks come as the Lebanese Parliament failed to elect a new president for the 11th time on Thursday, prolonging a government vacuum that comes amid worsening economic crisis.