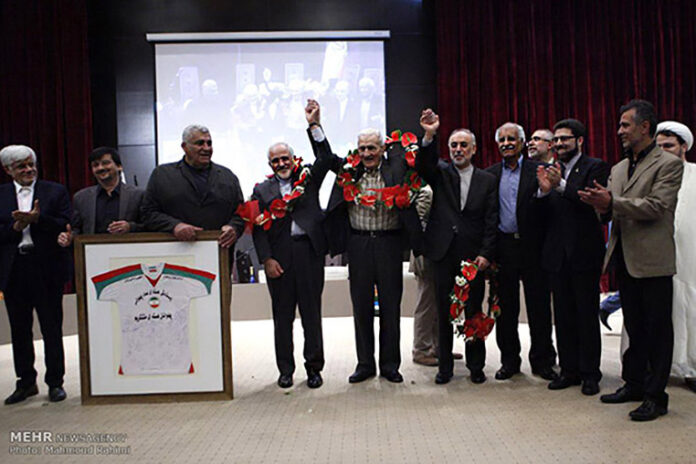 Zarif and Salehi were named as heroes at a ceremony to mark National Day of Heroic Culture.

During the event held at the Faculty of Physical Education and Sport Sciences at University of Tehran, both officials were awarded the Heroes Jersey.

Images of the ceremony released online by Mehr News Agency: