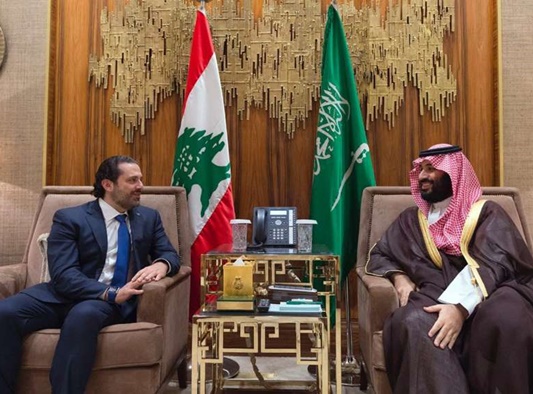 A Saudi activist and whistle-blower has revealed new details of the suspicious resignation of Lebanese Prime Minister Saad Hariri during his visit to Saudi Arabia.

In his latest statements, Saudi media activist Mujtahid has shed more light on Hariri’s conditions while he was kept in Saudi Arabia for unknown reasons.

According to the activist, whose comments were published in Farsi by the Alef news website, Hariri was arrested in Saudi Arabia as part of a plan by the Saudi Crown Prince Mohammad Bin Salman to pressurize him into foregoing billions of dollars of his properties in foreign banks in his favour.

The activist added the Saudi prince lured Hariri into traveling to Saudi Arabia by promising him to pay back all the money that the Saudi government owes to Hariri’s construction company in the Arab kingdom, known as Saudi Oger.

Delighted by the crown prince’s promise, Hariri rushed to Riyadh but upon his arrival he found himself surrounded by security forces who abducted him and forced him to announce his resignation as Lebanese prime minister. Then Hariri came under pressure to give up billions of dollars of his deposits in the foreign banks in favour of Saudi crown prince.

Reports say Hariri and his family members have billions of dollars in foreign banks which are mainly due to the hefty revenues they earn from Saudi Oger operations in Saudi Arabia.

The Saudi crown deprived Saudi Oger from its projects in Arabia and exerted pressure on Hariri to hand them over to Nesma Construction Company which belongs to Bin Salman. Hariri turned down the order and his decision led to the bankruptcy of the Saudi Oger.

During the early days of his abduction, Hariri was kept under a terrible psychological condition because he was not accustomed to such incidents. He thought the Saudis will put him in jail. After a while, Bin Salman cut his connections with the outside world. The Saudi crown thought the world will forget his case after a while and if it was not for the pressure by the American and French officials, Hariri was on the verge of foregoing his properties in the foreign banks in favour of Bin Salman.

But his meetings with the US and French ambassadors in Saudi Arabia raised his morale particularly after the two ambassadors assured him that their countries will never approve of his arrest in Saudi Arabia. Meanwhile, the ambassadors told him they preferred the problem be resolved without any international scandal. So, Hariri was assured that he will be safe as soon as he leaves Saudi Arabia.

So, when Hariri came to the conclusion that the US and France are going to put pressure on Bin Salman to allow him to leave Saudi Arabia for Lebanon and withdraw his resignation, he decided to change his direction. This time he threatened Bin Salman with revealing what has happened to him in Riyadh if the problems created for Saudi Oger are not resolved and the Saudi government’s debts are not paid back.

Bin Salman had no other choice but to accept to pay back all the money that Saudi government owed to Saudi Oger. And the two sides made a deal. Meanwhile, Bin Salman said he would allow Saudi Oger to restore its operation in Saudi Arabia as long as Hariri remains silent over his arrest. Hariri has not yet decided about the issue.