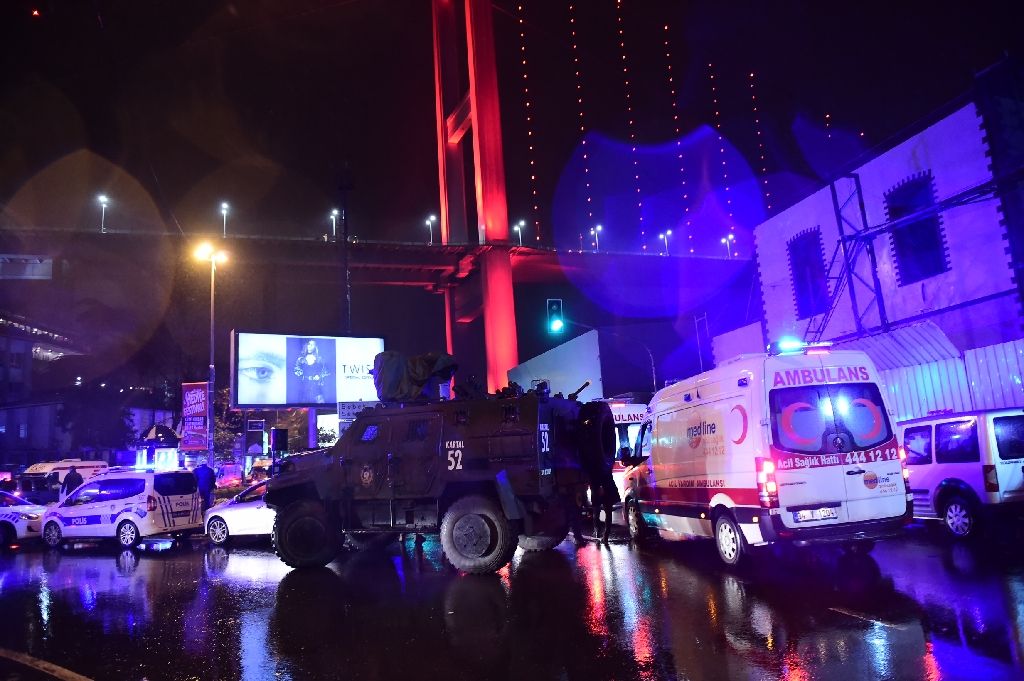 A gunman reportedly dressed in a Santa costume killed at least 39 people, including at least 16 foreigners, at a famous nightclub in Istanbul during New Year's Eve celebrations.

According to a report by IFP, armed with a long-barrelled weapon, the attacker shot a police officer before storming the elite Reina club in the Ortakoy area of the city at about 1.45am.

“Unfortunately (he) rained bullets in a very cruel and merciless way on innocent people who were there to celebrate New Year’s and have fun,” Istanbul Governor Vasip Sahin said, describing the carnage as a “terror attack”.

Turkish Interior Minister Suleyman Soylu said the gunman was still at large. “The search for the terrorist continues… Our security forces have started the necessary operations. God willing he will be caught in a short period of time,” Telegraph reported.

Raising the death toll to 39, Mr Soylu said that of 21 victims who had been identified so far, 16 were foreigners and five were Turks. Another 69 people were being treated in hospital for their wounds.

Turkey has been hit by a string of attacks in recent months, blamed on Kurdish militants and ISIS terrorists.

On December 10, 44 people were killed in a double bombing in Istanbul after a football match hosted by top side Besiktas. That attack, which targeted a police bus, was claimed by the Kurdistan Freedom Falcons (TAK) seen as a radical offshoot of the PKK.

In June, 47 people were killed in a triple suicide bombing and gun attack at Istanbul’s Ataturk airport, with authorities blaming ISIS, Guardian reported.

Another 57 people, 34 of them children, were killed in August in a suicide attack by an ISIS-linked bomber at a Kurdish wedding in the southeastern city of Gaziantep.