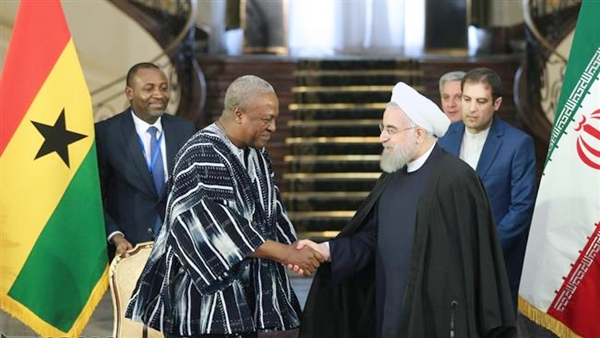 He made the remarks in a joint press conference with Iranian President Hassan Rouhani.

Ghana’s President John Dramani Mahama is in Tehran on an official visit to hold talks with senior Iranian officials.

Heading a high-ranking politico-economic delegation, Mahama arrived in Tehran on Saturday night at the invitation of his Iranian counterpart Hassan Rouhani.

The Ghanaian president was welcomed at Tehran Mehrabad Airport by Minister of Agriculture Mahmoud Hojjati who chairs the Iranian side of Iran-Ghana joint commission.

The visit is the first by a Ghanaian president to Iran in 37 years.

On Monday, he will also attend a trade and economic meeting of businessmen and enterprises from the two countries.