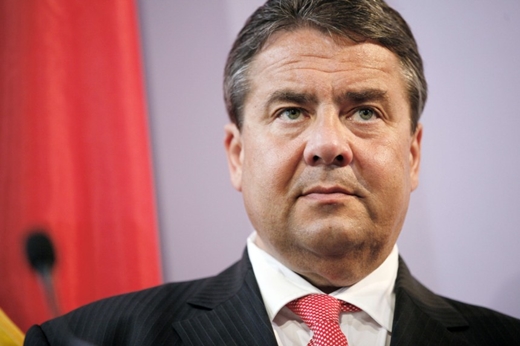 German businesspeople seem to be dissatisfied with German Chancellor Angela Merkel’s hard line on Iran because of Tehran’s anti-Israel stances, and expect Vice-Chancellor Sigmar Gabriel to enhance mutual cooperation with Iran in his Monday visit.

Gabriel is slated to visit Tehran on May 2 for the second time since Iran and world powers clinched a comprehensive nuclear deal back in July 2015.

He is going to take part in the Iran-Germany Joint Economic Commission, which is scheduled to take place in Tehran for the first time in 15 years.

The German Vice-Chancellor’s visit is expected to help reinforce economic relations between the two countries.

Helene Rang, the CEO and Deputy Chairperson of NUMOV (the German Near and Middle East Association) told Deutsche Welle that she expected Gabriel, who is also Germany’s Economy Minister, to take serious action for the promotion of ties with Tehran.

German firms are not at all satisfied with the fact that Merkel, due to certain considerations regarding Israel, has maintained a distance in ties with Iran. Comparatively, French President François Hollande and Italian Prime Minister Matteo Renzi have received Iranian President Hassan Rouhani in their capitals.

German corporations expect Berlin to give the same sort of signals to the Iranian administration, and to demonstrate that the strengthening of mutual economic cooperation is high on Germany’s agenda.

Investors in Germany, however, are hopeful that a couple of contracts, albeit minor ones, will be finalized during the trip. They welcomed a recent agreement between Germany’s Siemens and Iran’s Mapna to manufacture gas turbines and power generators, and considered it the first step for future ventures.

The lack of banking guarantees is one of the most important reasons why many German firms are unable to invest in Iran and sign deals with Iranian companies.

“This is a key problem that should be resolved quickly, because most German banks refuse to provide the financial deposits for economic activity with Iran. Many businessmen are hopeful the issue will be settled during Gabriel’s visit to Tehran,” Rang said.

(A report published by Fararu news website and translated by IFP)