Former Israeli Minister Arrested on Charge of Spying for Iran 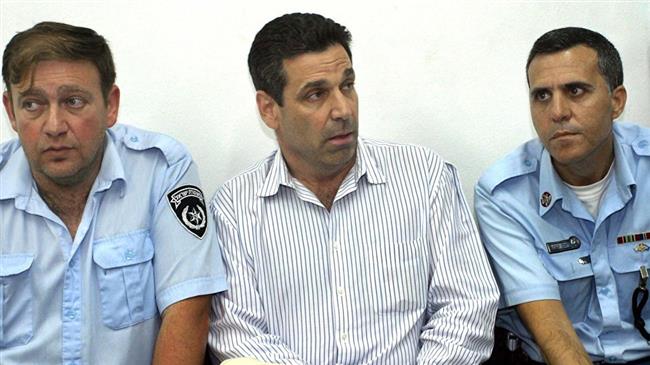 A former Israeli energy minister has been charged with “passing information” to Iran and engaging in acts of “espionage” against the Tel Aviv regime.

The regime’s internal spying apparatus Shin Bet said on Monday that Gonen Segev, who held the portfolio for the minister of energy and infrastructure from 1995 to 1996, had been charged with the offenses four days before, Reuters said.

Segev, also a former Knesset member, stands accused of the “offenses of passing information to the enemy in time of war and espionage” against Israel, Shin Bet said.

“An investigation by the Shin Bet and the police found that Segev was recruited and acted as an agent on behalf of Iranian intelligence,” it noted in a statement.

The statement claimed Segev had been in contact with Iranian embassy officials in Nigeria, where he used to live, and later he visited the Islamic Republic for meetings with his intelligence “handlers.”

“Segev gave his handlers information related to the energy market, security sites in Israel, buildings and officials in political and security bodies, and more,” it added.

A police statement said he was arrested last month upon arriving in Israel.

Segev’s lawyers said little information had been released in the case, which “give the appearance of acts of the gravest kind.” “However, from the contents of the charge sheet, whose full details are blocked, a different picture emerges,” it said.

Back in 2004, Segev was charged with trying to smuggle 30,000 ecstasy pills into Israel from the Netherlands, using a diplomatic passport with a falsified expiry date.

Ha’aretz, meanwhile, published an opinion piece addressing the issue under the title, “Enlisting a former Israeli minister is a victory for Iranian intelligence.”

“For Iranian intelligence, the recruitment of a former cabinet minister and Knesset member like Gonen Segev as an agent would have been a significant achievement,” the feature said.

“Segev was also charged with attempting to recruit additional agents for the Iranians – people he knew in the fields of defense, security and diplomacy. But as far as we know, this effort failed,” it went on.

Israel has been conducting numerous acts of sabotage targeting the Iranian people and organizations.

In 2011, the United States and the regime conducted a cyber attack against the Iranian nuclear energy program.

Reporting the violation a year later, The Washington Post said the US National Security Agency (NSA), its spy service CIA, and Israel’s military had worked together to launch a malware dubbed Stuxnet against Iran’s nuclear facilities.

Iran says the Israeli regime assassinated four of its nuclear scientists between 2010 and 2012.