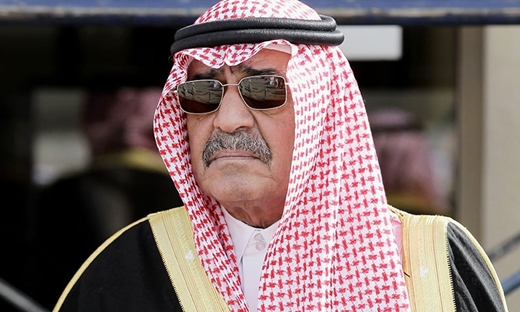 Muqrin has said that his opposition was shrugged off and that the defense minister has made the decision [to attack Yemen] on his own.

In Saudi Arabia divisions among princes have spilled out even further, with recently-replaced Crown Prince Muqrin bin Abdulaziz releasing a statement to openly oppose his country’s aggression against Yemen.

In the statement the former heir-to-the-throne said that developments in the kingdom have taken a dangerous turn, politically, economically and militarily and that the Saudi people will no doubt pay a heavy price for the aggression against Yemen, the Islamic Republic News Agency quoted [Libya-based] Al-Nabaa TV Channel as reporting.

The following is the translation of an excerpt of the statement:

In the statement the crown prince has said that he let King Salman know about his opposition to such aggression since day one and that he had warned of the economic, military and international relations ramifications of the measure.

Muqrin has further said that his opposition was shrugged off and that the defense minister has made the decision [to attack Yemen] on his own.

Muqrin has also urged members of the Saudi-led coalition [in attacking Yemen] to quit the mission and instead redouble their efforts to ease regional tension.

In conclusion, the prince who has fallen from grace, said he submitted his resignation to the Royal Court himself, urging all devoted people in Saudi Arabia and elsewhere in the world to save the people of the kingdom from being burned in a gloomy future.