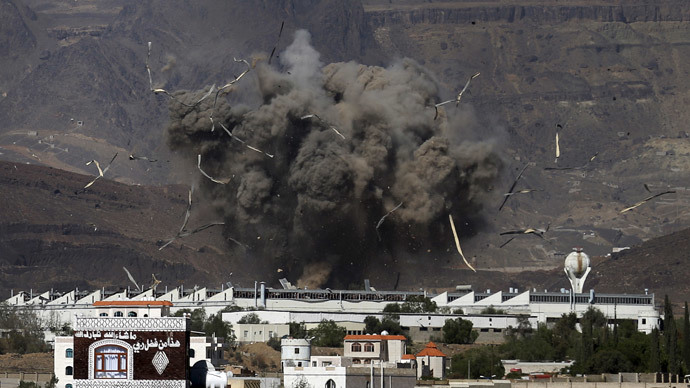 Two people were killed in Saudi Arabia in an attack blamed on Yemen's Huthis, while three have died in Yemen in a Riyadh-led coalition airstrike.

Saudi’s civil defense said that two people, one Saudi and the other Yemeni, were killed and seven others wounded in a projectile attack on Jazan, a southern region of Saudi Arabia bordering Yemen.

“A military projectile fell on a commercial store on the main street, resulting in two deaths,” it announced in a statement.

Seven others were wounded, six Saudis and a Bangladeshi national, it added.

In Yemen, medics stated three people were killed and six others were injured in Saudi-led coalition air raids in Ajama, a town northwest of capital Sanaa.

“Three civilians including a child and a woman were killed, and six others were wounded,” medics told AFP.

Yemen’s Huthis regularly launch missiles and drones into neighbouring Saudi Arabia targeting its airports and oil infrastructure. But the latest incident marks the first time in months that Huthi attacks on Saudi have resulted in fatalities.