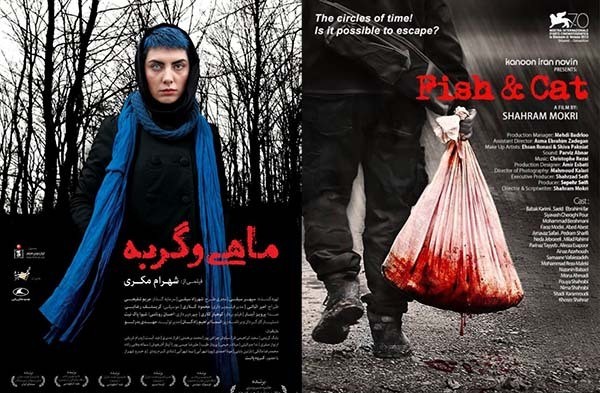 An Iranian movie which has already earned a number of awards at different film festivals was awarded at the Iranian Film Festival Australia 2014.

Acclaimed Iranian cinematic production ‘Fish and Cat’, directed by Shahram Mokri, has been selected as the best film at the Iranian Film Festival Australia (IFFA).

The film has received the NETPAC Award at the festival.

NETPAC (Network for the Promotion of Asia Pacific Cinema) is the festival’s only award.

Several successful Iranian films were screened in Sydney, Melbourne, Adelaide, Brisbane and Canberra for a month and finally ‘Fish and Cat’ was selected as the best work.

The 127-minute movie depicts the story of a group of university students who face different problems during their trip to the north of Iran.

Produced by Kanoon Iran Novin, ‘Fish and Cat’ has been screened in over 40 international festivals so far.

The film has won the FIPRESCI Award and the Youth Jury Award at the 28th Fribourg International Film Festival in April 2014.

Mokri won the special jury prize for this film at the 10th Dubai International Film Festival (DIFF) in December 2013.

It won the best film award at the 13th Lisbon and Estoril Film Festival in Portugal in November 2013.

The 70th Venice International Film Festival honored the film with the Special Orizzonti Award for Innovative Content in September 2013.