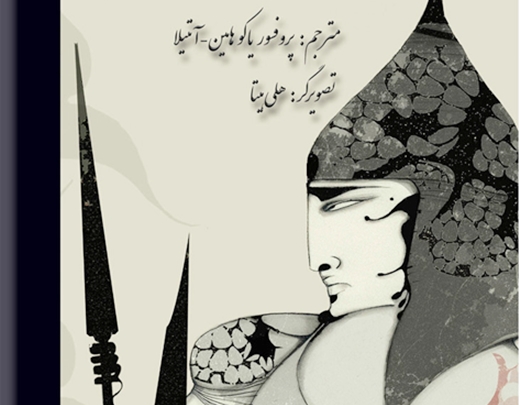 A Finnish translation of a selection from Ferdowsi’s epic masterpiece Shahnameh, by Jaakko Hameen-Anttila, a professor at the University of Helsinki, was unveiled during a ceremony in Tehran on Saturday.

The professor said that he takes great pride in having translated the Book of Kings (Shahnameh) into the Finnish language, and having made it available for the people of his country.

“My own translation is a prose translation of Shahnameh from Persian into Finnish and it is not complete. I hope to add the second volume to the first to cover the entire book,” he told the participants.

“I chose the version of Shahnameh by distinguished (Iranian) researcher Jalal Khaleqi-Motlaq as my original source. However, I chose to render the selection into prose since I felt that translation into verse would be above my abilities,” he explained.

However, he said that he is planning to choose some short stories from Shahanmeh to translate into Finnish in verse at some other time.

The professor also noted that the book came out last week and he is not sure if the books have been distributed in bookshops across Helsinki yet.

“The epic of Ferdowsi is a window to see what Iranian people see and how they feel, and Finnish people will learn more about Iranians through this book,” he said.

The ambassador for his part called April 23rd a day of joy and celebration, and considered the translation a wonderful treasure to read.

“Through Shahnameh, the people of Finland will learn to know about the history and culture of Iran. Iran has given so much to the world’s civilization. Iranian poets have been the source of inspiration for Europeans, and now my Finnish countrymen will be able to read Shahnameh in their own language,” the ambassador added.

Shahnameh, which is known as the “Book of Kings” in English, is the celebrated work of the epic poet Ferdowsi, in which the Persian national epic found its final and enduring form. It was completed in 1010. The Shahnameh millennium was celebrated on UNESCO’s 2010 calendar of events.

The Majlis Library director Mohammadreza Majidi, and the National Library and Archives of Iran (NLAI) Director Seyyed Reza Salehi-Amiri were among the participating guests at the ceremony.