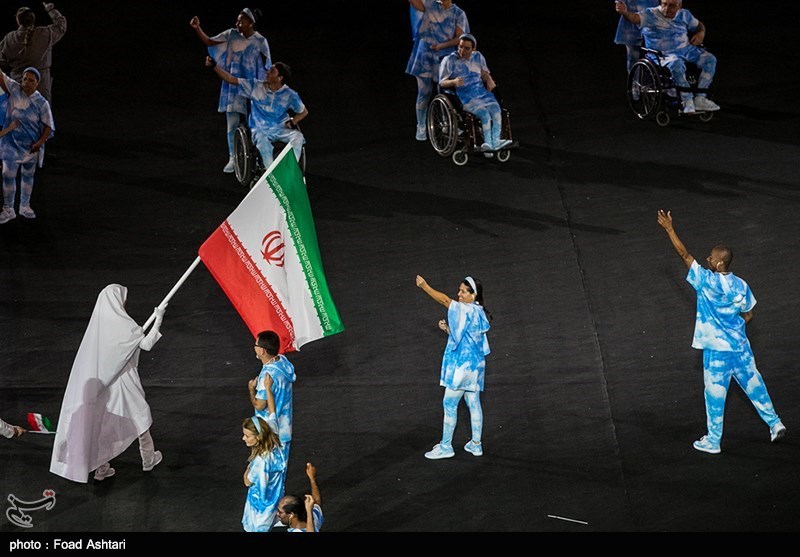 Iran’s team arrived at the opening ceremony of the 2016 Rio Paralympics at the Maracana stadium on Wednesday, with Eshrat Kordestani, the female Iranian sitting volleyball player, bearing the team’s flag in the white clothing of Hajj pilgrimage.

Iran’s Paralympics team, which is named after the victims of the deadly Mina stampede, attended the opening ceremony, as reported by Fars and translated by IFP.

It was in this festive spirit that Iran’s 111 athletes made their debut, led by Kordestani in the white Ihram clothing.

With a heart beating in the centre of the stadium, one was reminded of the core concept of the ceremony: “The heart knows no limits. Everybody has a heart.”

The ceremony concluded with the lighting of the Paralympic cauldron by Brazilian Paralympic swimmer Clodoaldo Silva. A wheelchair user, Silva faced a flight of stairs between himself and the cauldron. The stairs transformed into ramps, allowing Silva to light the flame and prove – in a fitting message preceding 11 days of competition – that anything is possible.