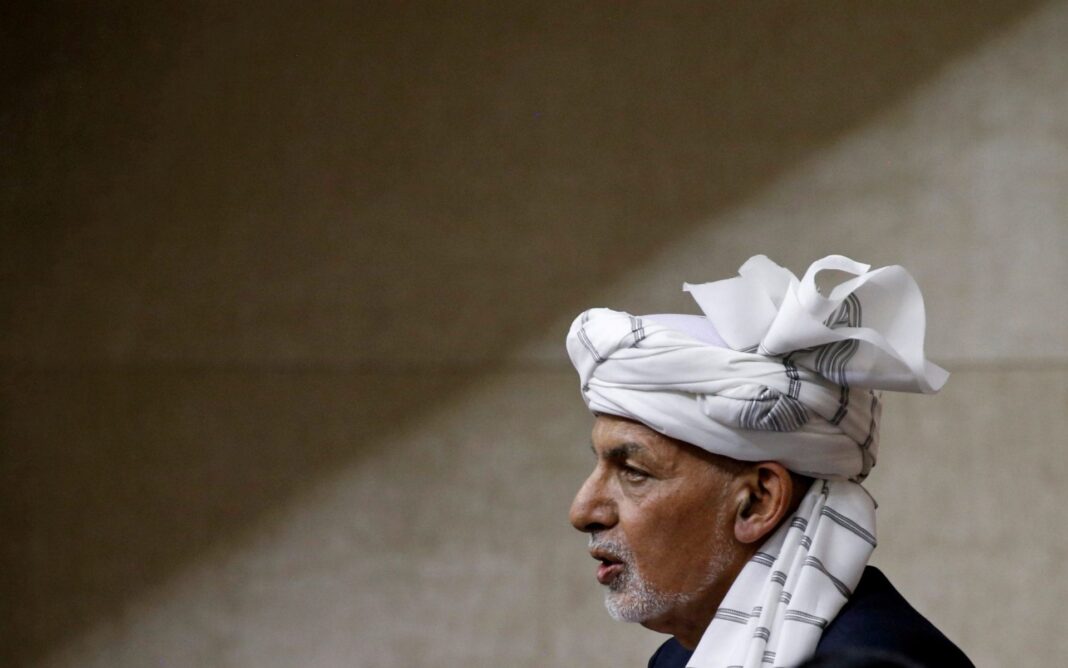 Former Afghan President has blamed the United States for the collapse of his government. Ashraf Ghani said Washington sidelined him during the so-called peace talks with the Taliban. The militant group seized power in August after taking control of Kabul.

“It became an American issue, not an Afghan issue,” Ghani stated during an interview with BBC’s Today Program on Thursday.

“I was painted in total black… we were never given the opportunity to sit down with them,” he continued, adding, “They erased us.”

The US reached a deal with the Taliban in February 2020 on the withdrawal of 12,000 US troops from Afghanistan in exchange for the Taliban’s halting of their attacks on foreign forces. Under the deal, the former US President Donald Trump administration promised to bring the number of US forces in Afghanistan to zero by May 2021. US President Joe Biden pushed that date back to September 11.

The US-Taliban deal was the result of peace talks in the Qatari capital, Doha, from which the Afghan government was excluded.

The government of Afghanistan rapidly collapsed on August 15 in the face of lightning advances by the Taliban amid the foreign withdrawal. On September 7, the Taliban announced the formation of a caretaker government in Afghanistan.

No country has formally recognized the Taliban government in Afghanistan since the group took over the country in mid-August.

Ghani said he fled Kabul due to his security team’s incapability to defend him, stressing that he had no idea that he was going to leave the country.

“On the morning of that day, I had no inkling that by late afternoon I would be leaving,” Ghani noted, adding, “[My] national security adviser and the chief of the President Protective Service (PPS) came and said the PPS has collapsed.”

“If I take a stand, they will all be killed and they will not be capable of defending me,” he continued.

Ghani said he hoped to evacuate Kabul for the eastern province of Khost, but his national security adviser told him that the city had fallen, as had Jalalabad, the capital of Nangarhar Province.

“My instructions had been to prepare for departure to Khost… I did not know where we were going. Only after we had taken off did it become clear that we were leaving,” he added.

Ghani fled Afghanistan for Tashkent, the capital of Uzbekistan, before claiming political asylum in the United Arab Emirates. He has been bitterly criticized by former ministers for suddenly leaving the country as Taliban forces entered Kabul.

In a video streamed on Facebook in September, Ghani said his security personnel had advised the secret departure, adding that he had left Kabul to prevent further bloodshed.

“Leaving Kabul was the most difficult decision of my life, but I believed it was the only way to keep the guns silent and save Kabul and her 6 million citizens,” he added.

The Taliban first ruled Afghanistan from 1996 to 2001, when the United States and its allies invaded the country and toppled the Taliban-run government on the pretext of fighting terrorism following the September 11 attacks in the US.US-Taliban