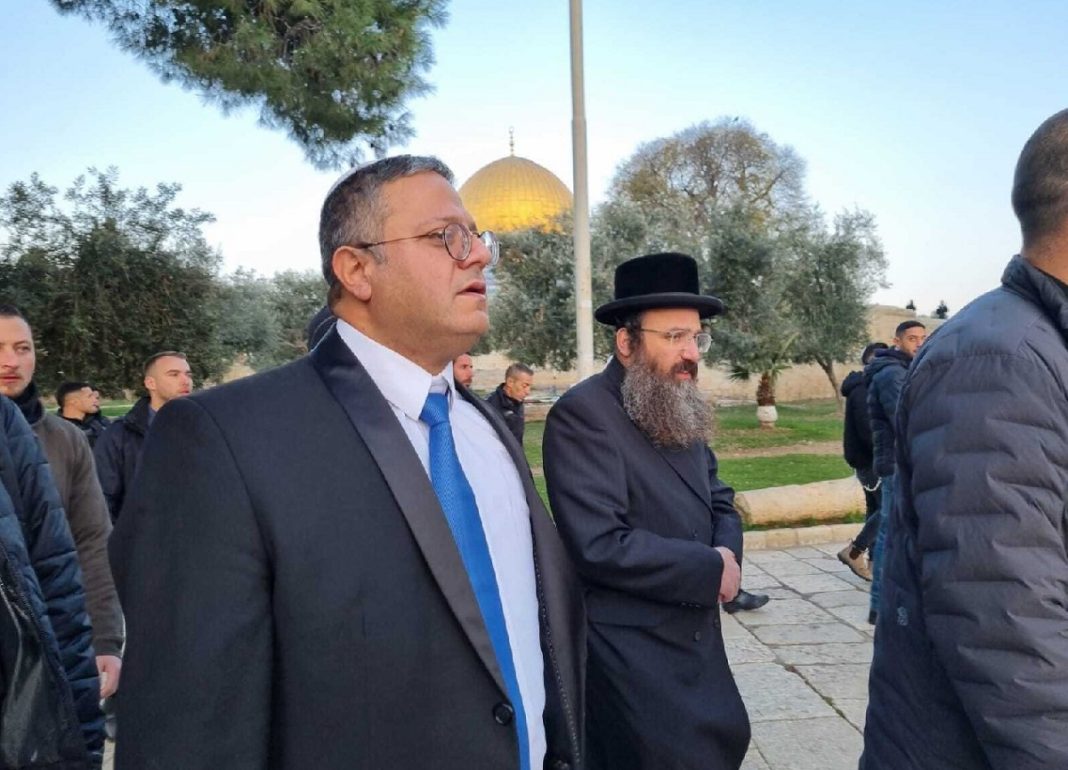 The European Union has underlined that the status quo of holy sites in the occupied Old City of al-Quds should be preserved. It comes after Israel's new far-right “national security” minister Itamar Ben-Gvir entered the al-Aqsa Mosque compound in what Palestinians called a breach of international laws.

“We recall the importance of preserving the status quo of the holy sites, and are concerned for actions that go against it,” the Office of the European Union Representative in al-Quds said in a press statement following Ben-Gvir’s incursion into the al-Aqsa Mosque compound.

“They risk to heighten tensions in al-Quds and in the occupied Palestinian territory,”it noted.

“The past weeks have seen a dangerous increase of tensions and casualties. It is important to de-escalate and avoid any actions and provocations that fuel these tensions,” it added.

The 27-member bloc went on to call on “all actors on the ground and in the wider region to show calm and restraint in order to prevent any escalation.”

The US State Department has also warned that the visit could further fuel tensions between Israel and the Palestinians.

“This visit has the potential to exacerbate tensions and to provoke violence,” he added.

The United Arab Emirates and China have also called for a UN Security Council meeting after Ben-Gvir entered the Al-Aqsa Mosque compound. The Council is expected to convene on Thursday, diplomats told Reuters late on Tuesday.

The Palestinian Foreign Ministry announced it “strongly condemns the storming of Al-Aqsa Mosque by the extremist minister Ben-Gvir and views it as an unprecedented provocation and a dangerous escalation of the conflict”. Palestinian Prime Minister Mohammad Shtayyeh accused Ben-Gvir of staging the trip as part of a bid to turn the shrine “into a Jewish temple”, a goal of many within Israel’s far right.

Hardline Israeli officials and settlers regularly storm the al-Aqsa Mosque compound in the occupied city, a provocative move that infuriates Palestinians. Such mass settler break-ins almost always take place at the behest of Tel Aviv-backed temple groups and under the auspices of the Israeli police in al-Quds.

The Jewish visitation of al-Aqsa is permitted, but as part of a decades-old agreement between Jordan – the custodian of Islamic and Christian sites in al-Quds – and Israel in the wake of Israel’s occupation of East al-Quds in 1967, non-Muslim worship at the compound is prohibited.

Back in May last year, an Israeli court upheld a ban on Jewish prayers at the al-Aqsa Mosque compound, after an earlier lower court’s decision stirred outrage among various Palestinians and across the Muslim world. Judge of the district court in al-Quds Aryeh Romanov on October 8 confirmed that Jews are barred from worshiping openly at the site, and only Muslims are permitted to pray there.

In May 2021, frequent acts of violence against Palestinian worshipers at al-Aqsa Mosque led to an 11-day war between Palestinian resistance groups in the besieged Gaza Strip and the Israeli regime, during which the regime forces killed at least 260 Palestinians, including 66 children.