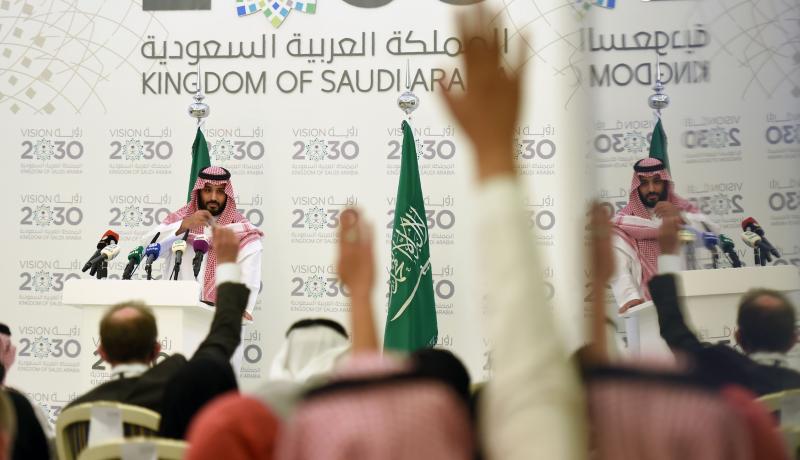 Abbas Abdi, a prominent reformist analyst, said in his Tuesday editorial in Etemad that Saudi rulers should learn from the fate of Iran’s Shah. They are hoping to implement an ambitious development plan, Vision 2030, which Abdi believes is not feasible without taking civil rights into account.

About 15 years ago, I wrote an article on the lessons most regional countries had learned from the fall of Iran’s Shah. We were in the middle of the crisis, and might not have understood the lessons of that [1979] Revolution well. However, we can now say that Saudi Arabia, fortunately or unfortunately, is going to repeat the same horrible mistakes made by Mohammad Reza Pahlavi, namely, not learning from the Shah’s political arrogance, and dreams of reaching the Gate of Great Civilization but without considering its prerequisites.

Today, I was reading Saudi Arabia’s Vision 2030. At the same time, I was also reading an article about the memoirs of Asadollah Alam [a Prime Minister and Minister of Royal Court under Mohammad Reza Shah]. The coincidences between the two texts were interesting to me. Whatever role Alam had in the past regime, he did future Iranian society a great service by writing his memoirs; that is, if we and future generations are able to learn from them.

Saudi Arabia’s Vision 2030 and its regime’s behaviour are very similar to the behaviour and objectives of the previous regime in Iran during the years when the country enjoyed a tremendous oil income. Military interference in Oman and the Horn of Africa, playing the role of Gendarme in the Middle East, giving away the country’s petrodollars and sharing them among allied governments, and at the same time mocking Westerners and others, all while stating that Iran would soon become a developed civilization – all these were all among the prudent policies of Iran’s King.

Saudi Arabia’s Vision 2030, however, is not created by King Salman, but by his son Mohammed bin Salman. Mohammed is the deputy Crown-Prince and the Defence Minister of Saudi Arabia. He was born in 1985 and is not yet 31 years old. He was appointed as the Defence Minister after King Abdullah died and his father King Salman took power. Mohammad is also the chief of the House of Saud’s royal court. As soon as he came to power, he waged a war against Yemen. He is also the chair of the Council for Economic and Development Affairs! He is said to be the only one in Saudi Arabian cabinet with a black beard, because all the others are white-bearded!

At the beginning of the Vision, Mohammed has written, on behalf of his father, “My first objective is for our country to be a pioneering and successful global model of excellence, on all fronts, and I will work with you to achieve that.”

There are three pillars in this vision: First, the heart of the Arab and Islamic worlds, second, an investment powerhouse, and third, a hub connecting three continents.

When we read this vision, we realize that its authors or leaders have a very simplistic view of development and progress. The weak points and vulnerabilities of [Saudi] society are not mentioned anywhere in this vision. The political and societal repercussions of such an ambitious plan are not referred to at all, anywhere in the plan. Neither does it say how the country is going to diminish the social, political, and cultural side-effects of development using this vision.

In all sections of the document, the authors have used the pronoun “We” (meaning “I”) for the implementation of the plan; however, they don’t know that the implementation of such a plan is impossible without the participation of both the people and the elites. Such participation is nothing more than a mirage if there is no freedom and people have no civil presence. In this case, the plan will suffer the same fate as those of similar regimes.

Saudi Arabia’s Vision 2030 reminds me of a Persian proverb, which says, “A good spring promises a flourishing year” [that is, the spring shows whether the year will be a good one or a bad one]. From the very beginning and as a first step, they changed the Petroleum Minister, and their Ministry of Petroleum was renamed to the Ministry of Energy, Industry, and Mineral Resources, as if a change of name would solve everything! When the 30-year-old Minister of War, who studied law in the totally closed Saudi system, and who is engaged directly in Yemen war and indirectly in Syria war, is responsible for such a plan, it becomes clear that Saudi Arabia has not only failed to take any step forward in engaging its citizens, but it has also marginalized a considerable number of the ruling family’s members.

In a society where all these duties are assigned to this young man, certain people would naturally oppose him, and try to stall the plan. There is no doubt that, without free participation of all social forces, such an objective could not be realized, at least not in a sustainable way.

However, it is crystal clear that Saudi Arabia is not able to open some space in society for the massive participation of political and social forces. This is why the West is becoming increasingly mistrustful of the country’s fate and stability. US behaviour towards Riyadh on the recent developments and terrorist attacks linked to the Royal Family or their relatives are an example of this distrust.

In Vision 2030, there is no clear plan for the improvement of the political and social situation and the civil freedom of Saudis.  Al Saud has kept silent on these issues. The entire Vision is based on a very simplistic view that the country can become independent from oil in just a few years. The country’s regional situation today is totally a result of its oil income. When the Al Saud family gives a $681m “gift” to the Malaysian Prime Minister, the value of these gifts given to the leaders of other Islamic and non-Islamic countries can be guessed. If it were not for these gifts, the bubble of Saudi Arabia’s influence would easily burst.

Those who remember Mohammad Reza Shah Pahlavi’s situation from 1973 to 1977 know how much he was respected, even flattered by countries that received aid from Iran. However, when his regime started to decline, his friends forgot him and even refused to allow him into their countries. If we look at Saudi Arabia’s situation from this perspective, we will see it becoming unstable in the coming years. It is even possible that a political earthquake, larger than the one in 1979, could shake the region. The occurrence of this earthquake is imminent; it is just a matter of time, whether it comes sooner, or later.