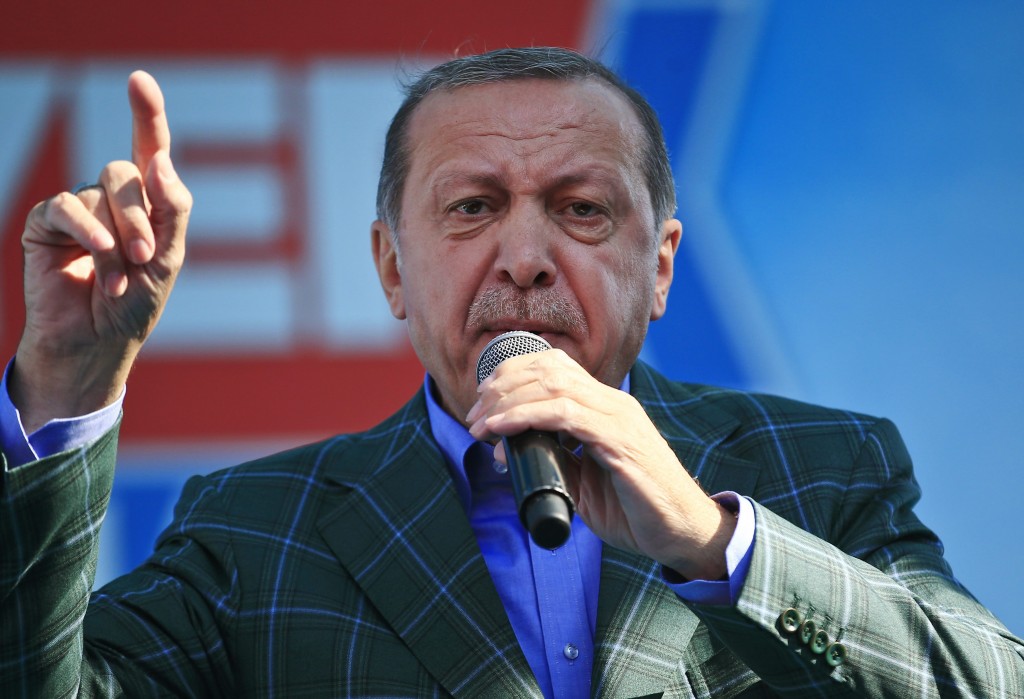 Turkish President Recep Tayyip Erdogan called on other countries and institutions to respect the outcome of the country’s referendum, which grants the president sweeping powers.

A slim majority of Turkish voters agreed on Sunday to grant sweeping powers to their president, in a watershed moment that the country’s opposition fears may cement a system of authoritarian rule within one of the critical power brokers of the Middle East.

With nearly 99 percent of votes in a referendum counted on Sunday night, supporters of the proposal had 51.3 percent of votes cast, and opponents had 48.7 percent, the country’s electoral commission announced.

Striking a conciliatory tone following the bitter contest, Turkey’s president Erdogan called on foreign powers to respect the outcome – which will mean 18 constitutional changes – as he thanked the Turkish people.

“We would like other countries and institutions to show respect to the decision of the nation.”

But as he addressed thousands of flag-waving supporters in Istanbul a short time later, he was more defiant.

“There are those who are belittling the result. They shouldn’t try, it will be in vain,” he said.

Shortly afterwards, the main opposition party demanded the cancellation of the result, saying the referendum had been won through “illegal acts”.

But speaking to reporters in Istanbul, Erdogan said results showed a winning margin of 1.3 million votes in what he described as a “historic decision”.

The head of the country’s electoral board confirmed the win shortly after Mr Erdogan spoke and said the final results would be known in 11-12 days.

The “yes” vote means Turkey’s parliamentary system of government will be replaced with a presidential one and could see Mr Erdogan remain in office until 2029.

The office of prime minister is also set to be abolished, allowing the president to draft the budget, declare a state of emergency and issue decrees overseeing ministries without parliamentary approval.

The changes are due to come in after the next election, scheduled for 2019.