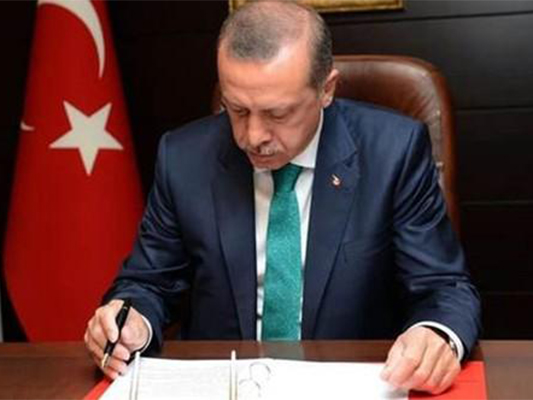 Turkish President Recep Tayyip Erdogan has ratified a law earlier passed by Turkey’s parliament to deploy their troops to Qatar amid a diplomatic rift between Doha and its Persian Gulf neighbours.

Erdogan signed off on the Turkish Parliament’s approval late Thursday night, after earlier criticizing the Arab nations which had moved to isolate Qatar over its alleged support of terrorism, the presidential office said in a statement.

“Turkish troops are coming to Qatar for the sake of the securıty of the entire region,” Qatari Foreign Minister Mohammed bin Abdulrahman al-Thani told the press on Thursday, as cited by Hurriyet.

The training and assistance mission will boost the “security of the entire region,” the Qatari foreign minister said, as reported by RT.

Up to 5,000 Turkish soldiers might be deployed to Qatar under the new legislation, Rudaw news reports, adding that the troops are now on standby and ready for their deployment.

Turkey’s cooperation with Qatar comes as several countries and organizations – including Saudi Arabia, the United Arab Emirates (UAE), Bahrain, Egypt, Yemen, the Maldives, and one of Libya’s three rival governments – cut ties with Doha on Monday, accusing it of financing terrorist groups ranging from ISIS to the militants allegedly supported by Iran.

Erdogan almost immediately voiced support for Doha, saying on Tuesday that “we don’t find sanctions against Qatar right,” as quoted by Bloomberg.

On Wednesday, Turkey’s parliament swiftly approved two deals that were signed in December 2015 and April 2016 between the two nations – to provide troops to the Persian Gulf nation and to train its domestic police force.