“Entire US within Range of New North Korean Missile” 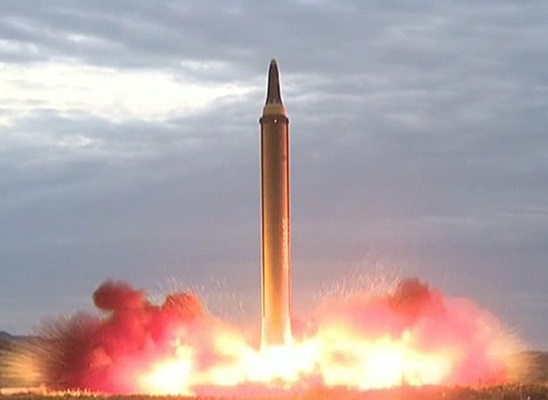 North Korea claims the new type of intercontinental ballistic missile (ICBM) it test-fired a few hours ago can reach the whole of continental United States.

State television said Pyongyang had achieved its mission of becoming a nuclear state.

The Hwasong-15 missile, described as its “most powerful”, was launched in darkness early on Wednesday.

It landed in Japanese waters but flew higher than any other missile the North had previously tested.

The test, which defied international sanctions imposed over the North’s weapons programme, drew swift international condemnation, with the UN Security Council due to convene an emergency session.

South Korea responded by carrying out live-fire exercises, launching one of its own ballistic missiles.