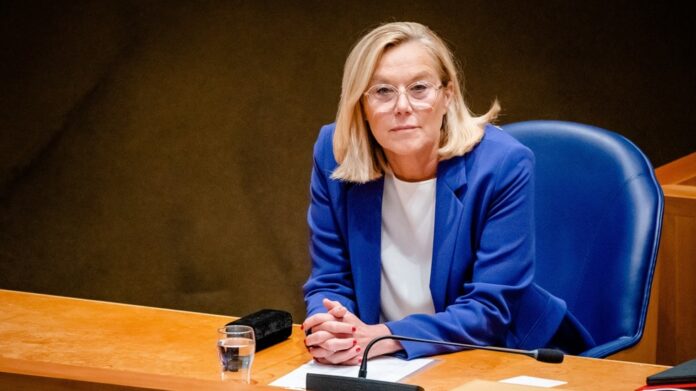 Dutch Foreign Minister Sigrid Kaag resigned on Thursday after she met fierce criticism in parliament over the handling of the Afghan crisis.

Kaag has resigned from her post amid criticism of the country’s handling of evacuations from Afghanistan.

MPs in the Netherlands passed a motion of censure against both Kaag and Defense Minister Ank Bijleveld on Thursday for failing to ensure the safe passage of dozens of Afghan personnel out of the country following the Taliban takeover.

A day earlier, Kaag had acknowledged that some local embassy staff and translators for Dutch troops had not been evacuated from Kabul. She stated that this was due to the government’s muddled response to warnings about the situation on the ground.

After the motion was passed Thursday, Kaag immediately said she would tender her resignation, noting parliament had decided that “the Cabinet has acted irresponsibly”.

“The commitment to Afghanistan continues, even without me. I am convinced that the staff of the Dutch Foreign Ministry will continue their excellent work unabated,” she continued.

Kaag is also the leader of liberal democratic party D66 and is involved in drawn-out talks on forming a new coalition government that have run since the general election in March. She took on the foreign ministry brief in May, having previously served as trade minister.

A total of 1,673 people were evacuated by the Netherlands before the operation ended on August 26. They included more than 700 Dutch nationals, close to 600 Afghans who worked with Dutch forces and diplomatic missions, and others considered at-risk such as activists and journalists.

Don Ceder, a member of the faith-based Christian Union, had stated earlier on Thursday that his party supported the motions against Kaag and Bijleveld because the government had “failed to show decisiveness, to show compassion, to pick up on signals and ultimately to take responsibility for people for whom we bear responsibility”.Bijleveld is still in post.