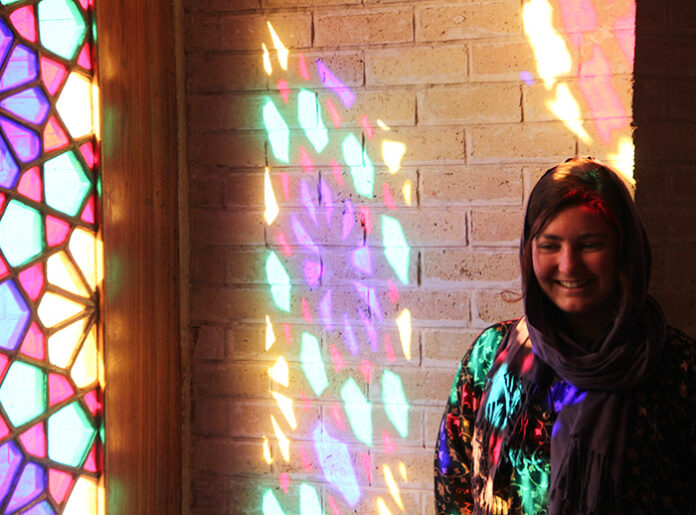 “Never before had I been to a country whereby the preconceptions of it were so far away from reality… the people of Iran are the best.” These are the words of Kim Berghout, a hitchhiking world-traveling adventurer from the Netherlands who has shared her experiences about visiting Iran.

Berghout, an adventurer and also a blogger and writer, published a report in the Huffington Post about her 31-day travel to Iran, saying that, “Never before have I been to a country whereby the preconceptions of it are so far away from reality. There is no war in Iran, the country is generally safe, and the living standards are comparable to those from Europe. The architecture is gorgeous, the landscapes diverse and the people ― the people of Iran are the best.”

The main distinguishing feature of her travel is that she managed to hitchhike from the Netherlands all the way to Iran; a country where hitchhiking “can be quite a challenge” because its people are not familiar with the concept at all.

In an interview with Khabar Online news website, as translated by IFP, Berghout gave details on how Iran is different from other countries she had been to.

Tell us a little about yourself. What countries have you travelled to so far and how much have you spent?

After I received my Master of Art degree in Sweden, I kicked off my adventure with my friend, Lena, from the Balkans to Turkey, Georgia, Armenia, Iran, Azerbaijan, and Kazakhstan. I spent the summer in Asia and now I am in Kyrgyzstan. In the next few days, I will travel to Tajikistan and Uzbekistan. I’ve uploaded a video to Youtube on how I hitchhiked from the Netherlands to Iran. So far, it has cost me only €5 a day. Nonetheless, hitchhiking, camping, staying at other people’s houses, working in exchange for a place to stay and food and living on the roads are not always as dreamy as you think. 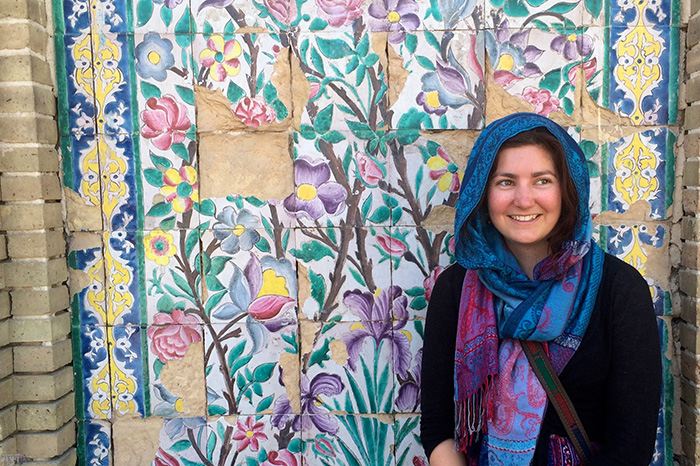 Did you have to work in exchange for anything in Iran?

Not at all! Iranians would give me plenty of food so I didn’t have to work. As a matter of fact, my experience from Iran suggests that they would never allow me to work for them in exchange for anything. Iranians are so hospitable that I had difficulty even to pay for my own dinner. They have a complete mastery over formalities of social behaviour and I couldn’t persuade them.

How come you decided to visit Iran?

Unlike my family members who always warned me off traveling to Iran, I had heard from many tourists that Iran is amazing. Therefore, I made up my mind to see it with my own eyes.

You’ve said on your report that “never before have I been to a country whereby the preconceptions of it are so far away from reality.” What were your preconceptions?

I don’t think I can even remember my preconceptions anymore! I used to believe that Iran is a country with too many strict rules and regulations that everyone, including me, has to abide by. I thought I have to be on high alert all the time and watch my back constantly; however, before long I learnt that Iran is a safe country.

What do you think are the differences between social relations in Iran and those of Europe?

Given the fact that you have so far travelled to so many countries, what is the major distinguishing feature of Iran in comparison to others?

In comparison to European countries, I have to mention the hospitality of Iranian people. They used to offer me tea, food and many other things for free and even invited me over. That was awesome. I believe this might be the reason I had the best time in Iran. People of Iran helped me have a good time in their country out of the goodness of their hearts.

How was the food? What do you think are the most and the least delicious ones?

[Laughing], Honestly, I’m a vegetarian, so I really liked Ash, Iranian traditional dish, and falafel. Various types of dates grow in Iran which are my favorite. Frankly speaking, I didn’t like the ice-cream there. 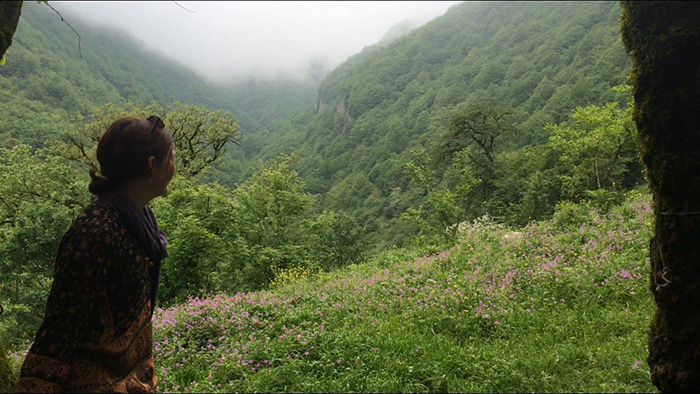 What about Iran’ cities? Which cities did you like the best?

I visited Tabriz, Sanandaj and Hamadan in the northwest; Isfahan, Shiraz and Yazd in the centre, a village named Mesr in Isfahan Province; Tehran and some areas around the Caspian Sea. In my opinion, green hills of Iran’s north-western city of Kordestan, Mesr desert, forests of Iran’s northern cities and Babak Fort which is located in Iran’s Arasbaran forests are among the must-see places.

Shiraz is my favourite city which is known for its stunning architecture. Isfahan Bazaar which is next to Jame’ (Grand) Mosque of Isfahan is beautiful too. I made another video named “A tribute to lovely Iran” about Iran’s nature and architecture.

Will you travel to Iran again?

I love to visit Iran again but I don’t know when. I would go there again in winter because I can’t wait to see its southern islands.