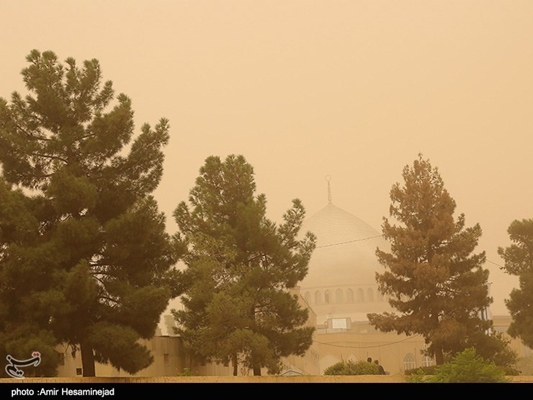 The air pollution caused by dust and particles in Iran’s western provinces, including Lorestan, has reached “dangerous” levels, a senior environmental official announced.

Air conditions are very dangerous in Lorestan Province, with its air pollution levels having risen to 29 times the limit, Mehrdad Fathi Biranvand, the head of the Environmental Protection Organization of Lorestan, told Tasnim.

He added that current air conditions in all cities in the province have been classified as “unhealthy” and that Kuhdasht, Dowreh Chegeni, Pol Dokhtar and Khorramabad are among the province’s most polluted cities.

The official went on to say that the dust and particles causing the pollution entered Lorestan after passing the western provinces of Khuzestan, Ilam and Kermanshah.

Dust pollution is also blanketing other provinces of the country, including Tehran. Director-General of Tehran Province’s Environmental Protection Department Mohammad Hadi Heydarzadeh told Tasnim earlier that particles polluting the country had been emanating from Saudi Arabia and Iraq.

Iranian residents in the western and southwestern provinces that border Iraq are facing a growing trend in the influx of fine particles, which are generated by drought-hit marshlands in neighbouring countries.

The disruptive dust storms have pushed pollution in those border areas to alarming levels, raising health concerns. The particles, carried by winds, can penetrate the lungs and enter the bloodstream, causing serious diseases such as lung cancer, asthma and heart problems.