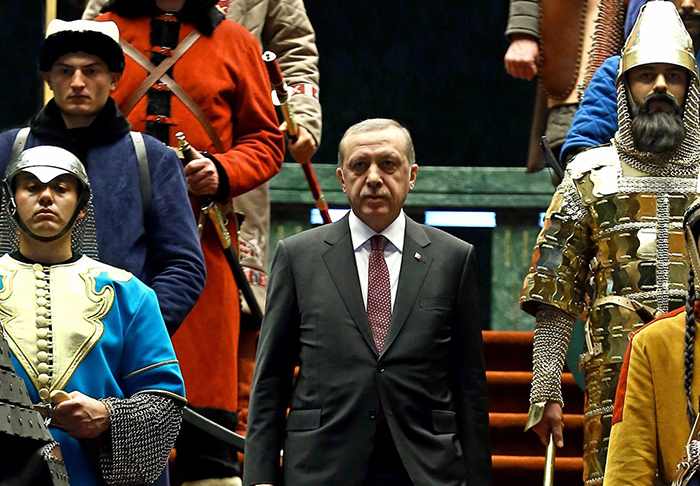 Iranian Parliament members have sharply criticized Turkish President Erdogan’s claim on Mosul and Aleppo with regard to the current crisis in Iraq and Syria.

“Dancing with death in Mosul”, “Erdogan’s dizziness in the Middle East equation” and “reopening old wounds by the fantasy of the Ottoman Empire”; these are part of the remarks made by a number of Iranian MPs about Turkey’s paradoxical behaviour in dealing with Takfiri [extremist] terrorism.

Here’s IFP’s translation of a report by ICANA about the comments made by a number of Iranian MPs on Turkey’s recent claims over Iraqi and Syrian territories.

Ankara has announced that it has the right to interfere militarily in Iraq under the pretext of fighting Kurdish opposition group PKK. However, Rai al-Youm newspaper recently released a report about a “new map” published by Turkey’s governmental media that shows an expansion in Turkey’s borders to the northern Syria from Aleppo to Kirkuk. The new map also includes the city of Mosul and some Greek islands in the Aegean Sea.

The publication of the new map coincides with Erdogan’s speech where he deemed it necessary to change the Treaty of Lausanne. This treaty, signed on July 24, 1923, recognized the current borders of Turkey. Add to this the deployment of around 2,000 Turkish forces in Bashiqa base near Mosul which all indicate Erdogan’s desire to expand its borders around Mosul. 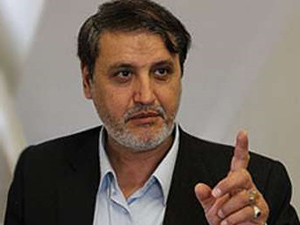 Iranian Parliament member, Seyyed Mohammad Javad Abtahi pointed to the formation of ISIS and Turkey’s recent actions and said, “The US had plans to create a country from Mosul to Aleppo; however, their plot began to fall apart thanks to the achievements of Syrian and Iraqi armies, Popular Mobilization Forces and the Russia–Syria–Iran–Iraq coalition.”

He added that Americans claim their share of Mosul operation because Washington, with the aid of Saudis’ media outlets, has shown a strong inclination to introduce itself as the saviour of Iraq, especially to the Sunni Muslims.

Abtahi appreciated the attempts made by Iraqi Prime Minister to preserve the territorial integrity of his country and said, “The ideology of reviving the decaying Ottoman Empire will breed undesired consequences.”

“Raising the claim that Mosul historically belongs to Turkey is pretty dangerous and can create new tensions between the countries in the Middle East,” Abtahi warned.

He stressed that Mosul operation progressed faster than expectations and noted, “Saudi media try to question the achievements of Mosul operation; however, the point is that Baghdad never carries out military operations on an impulse.” 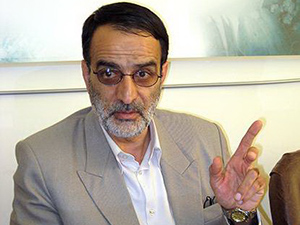 Javad Karimi Qoddousi, another Iranian parliamentarian, said that Turkey seems to be puzzled by the Middle East equations; its behaviour is mingled with paradox and lacks a clear strategy.

“Ankara used to take steps circumspectly but today, it has become an impulsive Turkey making rash decisions,” he added. 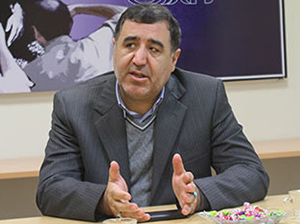 Another MP Jahanbakhsh Mohebbinia, on the other hand, said that the fantasy of reviving the Ottoman Empire has wasted a colossal amount of Turkey’s social, financial and security assets.

“Ankara’s violation of Iraq’s territorial integrity is actually playing with fire and its flames will blow back to Turkey’s face,” he stressed. 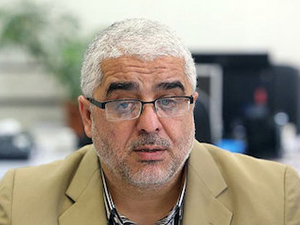 Lawmaker Gholam-Ali Jafarzadeh referred to Ankara’s interactions with and its aids to ISIS and noted, “Turkey is now paying the price by grappling with terrorist operations and insecurity within its borders.”

“The Islamic Republic of Iran has never had any intentions for seizing other countries’ resources and it has always worked as a surgeon trying to remove the cancerous ISIS,” he said.