Did Trump Fulfill His Campaign Promises? 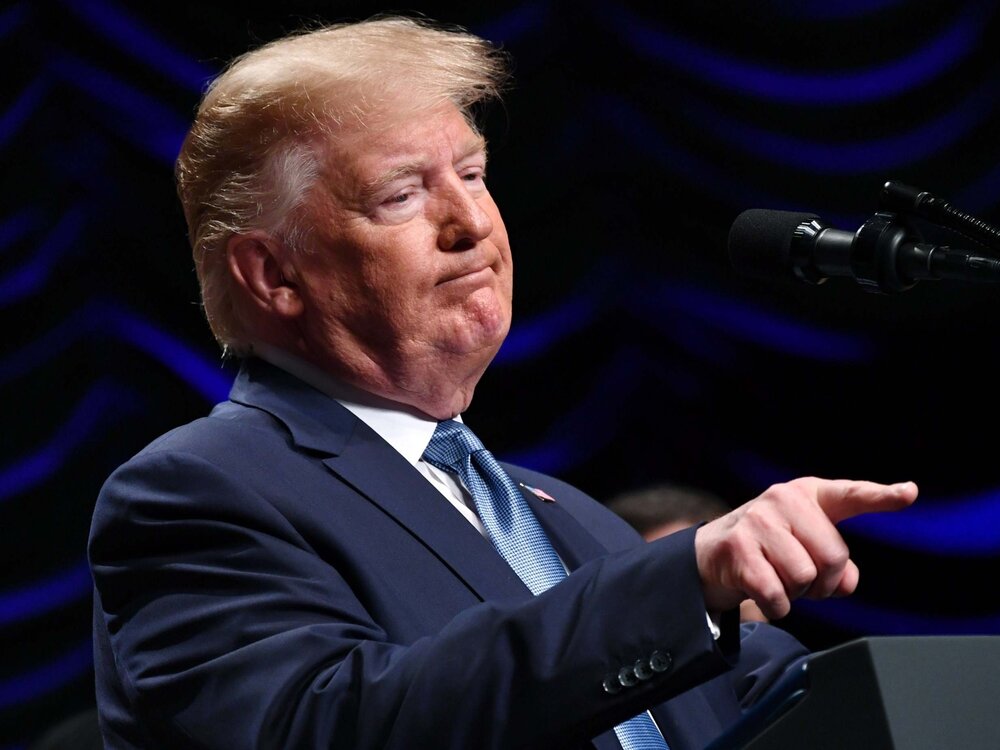 Donald Trump’s foreign policies and security strategies have been recently called into question, even by the White House staff and the Congress. Since Trump took the office, averagely, at least one person from the administrative office of the White House got fired every month, and some of them were even put on trial. The last person who got fired was Sarah Sanders, the former White House press secretary.

Under current circumstances, the security and defense departments of the White House are having the most difficulty of all; now that Michael Flynn, H. R. McMaster, and James N. Mattis were fired one after another, the eyes are on John Bolton. On the other hand, Trump’s cabinet are under constant questions from members of the Parliament and this has added up to the frustration of the White House and United States National Security Council.

The recent attacks on oil tankers and commercial ships off the port of Fujairah in the Gulf of Oman was another failure of U.S. security strategies and proved the incompetency of American national security advisors, in this situation, Bolton could be the next victim.
In the verge of 2020 presidential elections, Trump lacks a strong and organized cabinet. Trump’s success as a president must be judged by his campaign promises which included the disbandment of the North Atlantic Treaty Organization (NATO), building a wall at the US-Mexico border, leaving the Joint Comprehensive Plan of Action (JCPOA) and ending the costly wars that U.S. had led all over the world.

NATO
Over his presidential campaign, Trump had said that NATO is an obsolete and dysfunctional treaty, but a few months after he entered the White House, he yielded in and officially accepted NATO’s article five. In NATO summit meeting in Brussels in 2017, Trump accepted that NATO’s two new general headquarters will be placed in U.S. and Germany under the title of new centers of operation for tackling new challenges in the Mediterranean area and the Atlantic Ocean.

NATO’s new command post in U.S., led by Trump, is tasked to coordinate and carry out navy and aerial missions in the Atlantic Ocean and all over the world.

Trump and the immigrants

Up to now, millions of people in different U.S. cities took to the streets to protest against Trump’s new strict immigration rules. The protesters chanted slogans such as “all Americans are immigrants”, “building walls is against freedom” and “immigrants are not criminals.”
Trump is the only American president who has categorized illegal immigration as a crime. By his orders, many mothers were separated from their children; these mothers were put in prison while their children were held in captivity in separate cells. Many American citizens and the United Nations condemned these actions and called them pure cruelty.

Building a war at Mexico border

The wall that Trump had promised to build at U.S.-Mexico borders has cost $33 billion by now, and it is not yet built. In next few months, Trump will enter the 2020 presidential campaign and he will not get a chance to build this wall as democrats are against spending more money on the wall.

By leaving JCPOA, Trump did not succeed to solve U.S. nuclear issues with Iran; on the contrary, it fuelled the tensions and proved to the world and the United Nations that U.S. is nothing but an untrustworthy liar.

Trump’s team thought that if U.S. leaves the JCPOA, Iran will also immediately leave the agreement and will be drilled by UN Security Council while U.S. sits back and calmly watches the process; however, the results were the reverse; Europe, Russia and China who were the main buyers of Iran’s oil, did not approve of U.S.  Unilateral withdrawal from the JPOA and criticized U.S. for its uncustomary behaviors.

U.S. and the Islamic Republic of Iran

Trump is drowning in the pool of mistakes that his top security advisors, such as John Bolton, made in regard to Iran.

Bolton was going to celebrate his victory in Tehran in the 40th anniversary of Islamic Republic of Iran’s revolution, little did he know that U.S. military will face a big challenge against the strong will of Iranian people and the country’s powerful military.

Trump’s military and security advisors made fundamental mistakes in dealing with Iran, after their plans for an armed conflict with Iran came to a dead end, they tried to cover up their failure by ending “war threats” and switched into an “obstructive strategy.”

Their obstructive strategy could not restraint Iran either. U.S. next plan was to publish some pictures of the ships and tankers that were damaged over the explosions in Fujairah to prove that Iran was behind the attacks; however, the pictures were so unclear that were met with contempt of all different countries and international entities.

Over UN Security Council’s meeting on the vessel attacks near Fujairah, U.S. did all it could to point the fingers at Iran, but it failed to do so. U.N. Secretary-General António Guterres, condemned attacking unmilitary ships, but said that the evidence about the attack must be examined separately and they cannot simply establish a research committee to look into the matter.

Russia also reacted quickly and asked the member states not to rush into any decision about the attacks.

U.S. psychological war against Iran has not had any effect on the world countries. Even U.S. allies in Europe did not trust U.S. claims and blamed the country for its fierce policies.

Only one state hid behind U.S., Britain who is now a loser in politics. Over the last four years, two British administrations fell apart without solving the Brexit problem. The country is now in totally unstable and is trying to divert attention from its own problems by hiding under the shadows of U.S.

Trump’s security and military advisors were going to run their plans by causing chaos in the Persian Gulf, but all their plans went wrong and U.S. top officials in the country’s National Security Council admitted their failure in running their obstructive strategies in the Middle East.

In the third and last part of its security strategies, U.S. stopped war threats and obstructive strategies and came up with a new ploy saying that “attacking the oil tankers is a universal problem” and there must be “an international consensus against Iran” to ensure maritime security. It seems that Trump’s security advisors wasted billions of dollars on military deployments near Iran, running obstructive plans and buying Boeing B-52 Stratofortress and other jet fighters.

The phrase “international consensus against Iran” means how U.S. has retreated from his former plans, it is good news for all Iranian citizens and the armed forces because it means that U.S. has failed in crushing Iran and launching its military plans against the country.